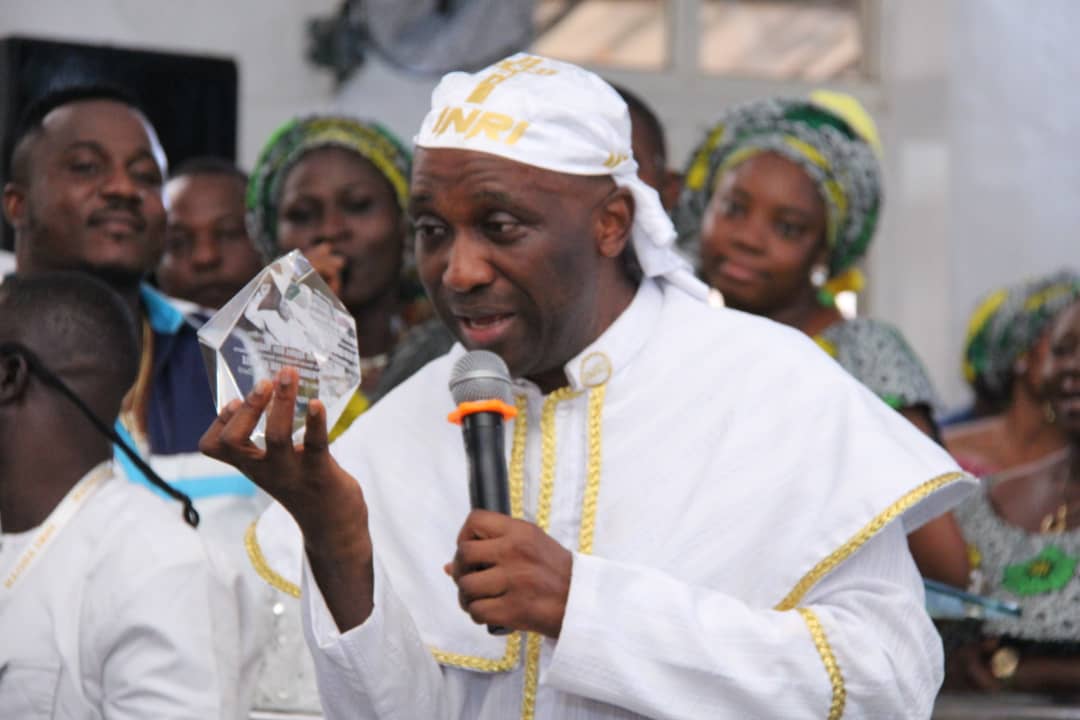 The gift of a man maketh way for him, there is no doubt to the fact that primate Elijah Ayodele of Inri Evangelical Spiritual Church is the number one prophet and seer in Nigeria and Africa at large. It is also important to note that he attained this feat due to the fulfilment of stunning and unimaginable prophecies.

The cleric has over hundred various awards, one of them is the United Nations Eminent Ambassador Of Peace Award. His consistency and accuracy in the area of prophecies prompted ApplesBite Magazine to bestow on him, the PROPHET OF THE NATION AWARD, it also came on a day that Global Affairs Magazine honoured him for his humanitarian services.

The event will continue to linger in mind of many because primate Ayodele used it to transform and touch different lives. He gave out two cars that are worth over 5 million Naira, free houses for the widows and the less privileged, refrigerators, sewing machines, Generators;he also gave out over 50 million in cash to individuals and entrepreneurs.

He is the spiritual Guide of the nation, if the Nigerian government had listened to divine instructions and leadings, I strongly believe that Nigeria would not have been in this precarious situation, will never forget how he warned the government to tackle insecurity with sincerity or else it would haunt them.

This has happened because the president of Nigeria is now on the wanted list of terrorists and bandits.