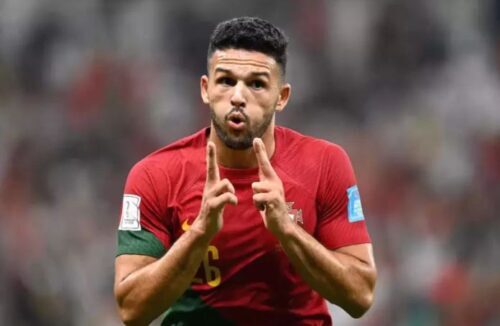 The attacker replaced Cristiano Ronaldo for their Round of 16 World Cup clash against Switzerland in Qatar.

The Benfica Striker made a name for himself at the 2022 World Cup in Qatar when Ronaldo was benched for him in their Round of 16 clash with Switzerland.

He went on to score a hattrick in the game, but couldn’t replicate the performance for their quarterfinal clash against Morocco, in which they lost 1-0.