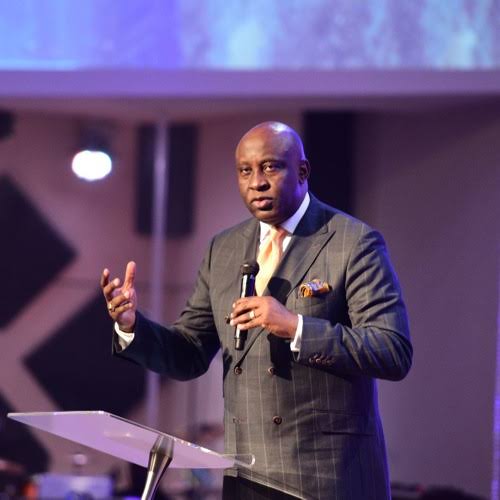 A pastor of the Redeemed Christian Church of God (RCCG) based in the United States, Ghandi Olaoye, has resigned his position in a bid to become the traditional ruler of Ogbomoso, Oyo State.

“He confirmed it yesterday, and he has relinquished his position as the lead pastor,” sources close to the clergy confirmed to The Podium.

Having widely practised as a Christian leader for over three decades, Mr Olaoye’s potential kingship will tilt his religious practices towards traditional practices required of the occupant of the royal stool.

As the Soun of Ogbomoso, Mr Olaoye will be expected to observe traditional rites of ascension to the throne of Ogbomoso and will also learn to adapt to traditional festivals of the Ifa oracle, Ogun and Egungun, practices that are against his professed Christian faith.

Mr Olaoye worked as an entrepreneur before becoming a pastor in 1992. He holds a Bachelor’s degree in English Language and Masters in Industrial and Labour relations.

If he succeeds, Mr Olaoye will be following the footpath of another former Redeemed preacher, Kehinde Olugbenle, who resigned from his pastoral duties to become the Only of Ilaro in Ogun State.