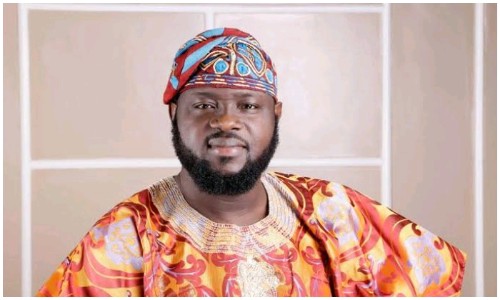 The Ogun State government on Sunday denied that it paid the convicted fraudster who was Special Senior Special Assistant on Special Duties, Bidemi Rufai “$50,000” per deal as a state appointee.

The government also denied that Rufai brought business concerns to the state during his short stint as a special assistant to the state Governor, Dapo Abiodun.

An online media had reported that prior to his arrest and conviction in the United States, Rufai was in August 2020 appointed senior special assistant on special duties by governor Abiodun.

In May 2021, Rufai was apprehended by U.S. security officials at New York’s John F. Kennedy International Airport while returning to Nigeria.

The online also reported that the court documents listed that on May 26, 2021, he was indicted on one count of conspiracy to commit wire fraud, nine counts of wire fraud and five counts of aggravated identity theft.

According to the report, a Washington Post report states that Abiodun was paying Rufai $2,000 as his official salary as well as the $50,000 cut meant for “introducing people” to him.

But, refuting the allegations, the state government also debunked a news report that Rufai was being paid $2,000 as an aide to the governor.

A statement signed by the Chief Press Secretary to the Governor, Kunle Somorin, on Sunday, said Rufai, who was appointed by the governor as his Senior Special Assistant on Housing, never had any close relationship with the governor, prior to his appointment.

According to Somorin, Rufai, like other aides of the governor, was recommended from his ward for the appointment, and not because of any special favour he offered to the governor during his gubernatorial campaigns in 2019.

The statement further faulted and denied the claims by the online medium that Rufai was being paid a $2,000 salary, which according to it is “outrageous and baseless.”

The statement read, “salaries and wages of political office holders are fixed by the National Salaries, Income and Wages Commission, adding that no member of the government is permitted to any other allowances not known to law.

“Records in the state never showed that Rufai, while serving in the state, brought a single investor or facilitated any investment from the United States of America, wondering how the former political aide would then be paid $50,000 for a deal that never took place.

“Bidemi Rufai was appointed as a Senior Special Assistant to the Governor on Housing and was nominated for appointment barely three months before he was arrested.

You Failed Nigerians, Don’t Shift The Blame On Us — Governors Reply FG

“He had not resumed formerly and had no official office to transact business. He wasn’t part of the Ogun State Economic Management Team and have got no input into the state government activities. His appointment was based on his activities in his ward. He didn’t sit in the State Executive Council meetings and couldn’t have had inputs in policies of the state government.

“The governor had no deal with Rufai on any transaction. He brought not a single one. They can check with the US embassy.”

Somorin noted further that Governor Abiodun being a law-abiding person and respecter of the rule of law, immediately suspended Rufai after his arrest for fraud in the United States and later terminated his appointment, even before his conviction for the crime by the US court.

He noted that the current political season in the country is an auspicious time for unscrupulous politicians to attack or sponsor attacks against their opponents, hence, the timing of the concocted story.

He said that the political enemies of the governor, who are perhaps not happy with his rising profile, particularly in terms of the huge foreign investment drive and infrastructural development in Ogun State, might want to play up the issue of Rufai to tarnish his image.

Somorin, while calling on the people of the state to disregard the report as a mere “attention seeking” gambit, said that Governor Abiodun would rather not be perturbed by the report, but remain focussed on his mission to position Ogun as the number one investors’ preferred destination in the country.

He added that Abiodun would not be distracted by the antics of political traducers in and outside Ogun, submitting that the governor will continue to be just, fair, accountable and equitable in the distribution of amenities across the state.

He also warned journalists, especially online to beware of their eminent roles in society and guide against succumbing to bread-and butter-journalism.