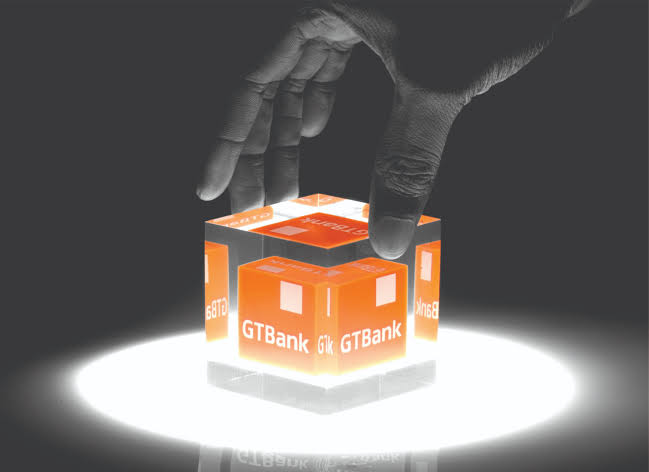 With the kind of several fraudulent activities going in Guaranty Trust Bank, the Bank might gradually be loosing its customers to another reliable and trustworthy Banks in Nigeria.

In recent times, alot of fraudulent activities have been happening in virtually all the financial institutions without the consent of the account owners. Many must have been wondering how the fraudsters get their data to scam or hack their accounts.

However, Guaranty Trust Bank has now become the utmost bank for fraudsters to steal the Bank’s customers’ fund based on several reports/complaints from the victims.

Information at our disposal revealed that the self acclaimed leading African Bank’s license of operation should be seized by the Central Bank of Nigeria due to the act of fraud that’s beyond the control of the Bank.

In January 26th 2021, one of the Bank’s customers known as Gbolahan Adetayo noticed that there was an unauthorized transaction on his Guaranty Trust Bank account, as sum of N6,000 was fraudulently deducted from his Account.

The said GTbank customer was unable to lodge his complain to his Bank because he was out of town. Efforts made to contact his account officer proved abortive as he wasn’t picking up his calls neither did he respond to his emails. Days after, precisely on Friday 30th January 2021, another N6,000 was removed again from the same account.

Gbolahan then went to GTbank’s official website to rate the Bank zero. Almost immediately, a representative from GTbank placed a call across to him on behalf of the bank.

Subsequently, his account officer called back to ask if he actually took a loan from Opay and the response was capital NO

Without wasting time, he contacted Opay via email which read thus:

“Hello,
On January 26th 2021, a sum of N6000 was illegally removed from my account and after several calls and emails, I was told it was from Opay, probably may be I took a loan from you. Days after, precisely on Friday 30th January, another N6000 was fraudly removed from the same account through the same channel, kindly rectify this and do the needful.

Opay replied with the below email:

Thank you for your email.

We advise that you formally report this matter to your Bank whom we expect would escalate your complaints on your behalf.

Do have a nice day.

As of then, the victim was already in town and he went to a nearby branch of GTbank to formally inform the authority in charge of his account. His ATM card was first blocked, 3 days after, he got the below email from the bank:

Your request (on Fraud/Unauthorised Transaction) has been received and is being attended to.

If you are not satisfied with the resolution after the time frame provided for this request, please visit our Help Centre and fill the Escalation Form: the GTBank Website >> Help Centre >> Complaints & enquiries >>Escalation form

Thank you for banking with us.

Having sent this, the N12,000 wasn’t refunded. He then filled an escalation form and the below email was sent to him thereafter:

We write in response to your complaint on the above subject matter.

After receiving your complaint, we reviewed the record of transactions on your account and noted that the disputed sum was withdrawn from your account via local WEB transactions (OPAY). As part of our efforts to prevent future unauthorized transactions, we have gone ahead to block your Naira Master Card.

We contacted the merchant (OPAY) and requested that the disputed transactions be terminated. However, we were informed that the transactions were successful, and service had already been rendered.

Furthermore, our review showed that the disputed transactions were consummated with your card credentials (i.e Primary Account Number, Card Verification Value and Expiry date) which ordinarily should be in your custody. In view of the above, we have reasons to believe that you debit card details might have been inadvertently compromised.

Based on the outcome of our review, we hereby inform you that the Bank is unable to accede to your request for a refund of N12,000

Therefore, we appeal to you to safeguard your card details (particularly while transacting at ATM or POS terminals), disregard any message asking you to update or confirm your banking details and most importantly, do not provide any sensitive banking information to anyone which includes Staff of the Bank. You may wish to contact us via email (e-fraudteam@gtbank.com) for further inquiries.

Gbolahan revealed that his ATM card is always in his purse which he doesn’t toy with.

He then sent several emails to O-kash, up to this moment, none of his mails has been attended to by O-kash.

Meanwhile,ever since the unauthorized transaction took place, his bank account with Gtbank including social media accounts have been under threat from this unknown fraudsters.

On Friday February 12th, an internet Fraudster contacted Gbolahan with this number 07042601897, he pretended to be a worker at the BVN department of the Central Bank of Nigeria, and Adetayo has been selected among the lucky Nigeians to benefit a sum of N55000 covid-19 palliative fund from CBN. The scammer called out Gbolahan’s BVN and his date of birth just to decieve him but he never fell to his tricks.

The following day, another impersonator who claimed to be a staff of Gtbank with this number 0813 525 0341 asking for his personal information so as to hack his WhatsApp number but the young man was smart enough to give him wrong Information.

The fraudulent act has however been reported at the Central Bank of Nigeria, Consumer Protection Department (CPD) unit.

A similar case also happened to another Guaranty Trust Bank’s customer known as Kemi Stone whom a sum of N500,000 got stolen from her account recently.

The Isara Remo Ogun State born diva, exclusively shared the below information with www.naijasocietynews.com after a staff of Guaranty Trust Bank allegedly placed a call to her to take her ATM card information.

According to her, “I am tired of Everything, sometimes, I wish God can just end Nigeria. Everything in it is corrupt and compromised.
I was @airtelnigeria Adeniran Ogunsanya branch, I told them how an airtel number scammed me if they could give me info about this line.They were not ready to help after I narrated what happened with cleared Evidence. I have accepted my fault of given my card information to the people i thought was Gtbank.

Now back to @Gtbank I know I have been scammed but providing me with evidence of the person that used N500, 000 from my account to buy something with P.O.S Should not take more than 24hrs please @gtbank please, I am begging you. if by tomorrow I didn’t get any info, you people will see Craze @gtbank

We will start from where your bricks almost broke my head but broke the windscreen of the car and you people are yet to fix it because that’s what got me into this mess. @gtbank I need the information as your comment section is full of scammers checking customers”, she said.

Having stated this, the actress we gathered tried all she could to get the necessary information about the transaction by speaking with the management staff of the bank with no solution. For almost three months now that the fraudulent transaction took place, nothing is being done to it by Guaranty Trust Bank.

The Bank representative who spoke with her claimed that the money was taken by a spotty pay company. The fraudulent transaction was promised to be investigated and till this moment, the Kemi said nothing is being done about it.

Meanwhile, there are several fraudulent related cases like this in the Bank which are yet to be resolved. The victims, who couldn’t hold back their grievances took to @Gtbank official page on Instagram to comment all sorts of unimaginable comments about the Bank.

A customer of Gtbank, whose name on Instagram is @speedylogistics.ph posted that the bank removed N59,000 from his account since April and the money is yet to be refunded.

@dayo_4d posted that he recharged a sum of N10,000 for IBEDC, his money was deducted and the pin wasn’t sent to him.

@funmifocus posted that her N10,000 was removed for no reason.

@mowhomi said N67,000 was deducted from his account for no reason. He has been to the Bank twice with no solution.

However, the said victims of fraud in Guaranty Trust Bank are now calling on Economy and Financial Crime Commission @efcc to wade into the matter because they believe that such fraud couldn’t have been successful without the support of the workers of Gtbank.

+ posts
Share this post
Related tags : Sad! Gtbank loses credibility as fraudsters now use the bank to scam people + why efcc must wades in