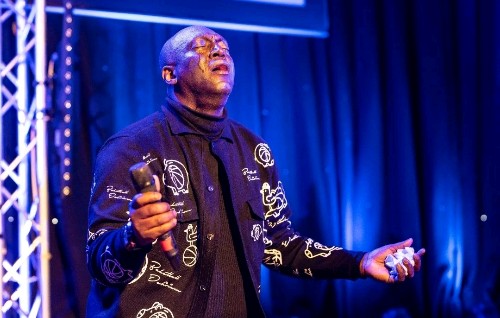 Hillary Vincent, the project manager of popular gospel singer, Sammie Okposo, has denied the viral reports that the singer slumped in his Lekki, Lagos, residence on Friday morning, November 25, 2022. Many media outlets reported that after he allegedly slumped, he was rushed to the hospital, and was pronounced dead on arrival.

However, in an exclusive interview (with Sunday Scoop), Vincent said, “It is not true that Sammie slumped and died. That report is false. At the right time, the family will set the records straight. But, I can tell you authoritatively that he did not slump. Rather, he just did not wake up from his sleep.

“As regards the funeral arrangements, the details will be made known by the family. But right now, they are still in grief and mourning the departed singer.

The singer was best known for songs such as Welu Welu, which was on his first album, Unconditional Love.

Na only You was another popular song which was contained in the album No More Drama. The album featured other gospel singers such as Kefee, Essence, Ige Samsong and Soji Isreal.

Another of his songs, Sing Hallelujah, was released in 2019, but it has continued to make waves, especially in gospel circles.

In 2020, he released Chukwu Ebube, a contemporary afrocentric worship that featured Micheal Stuckey.

Meanwhile, tributes have not stopped pouring in for the singer. A veteran actor, Richard Mofe-Damijo, posted a video of both of them together. He added the caption, “This was exactly a month ago in the US. We spent two weeks together and fellowshipped as men. Ate, drank and, as I’m known to do, teased you. Toks or Jedi, would drive you to me and we would spend the entire day together.’’