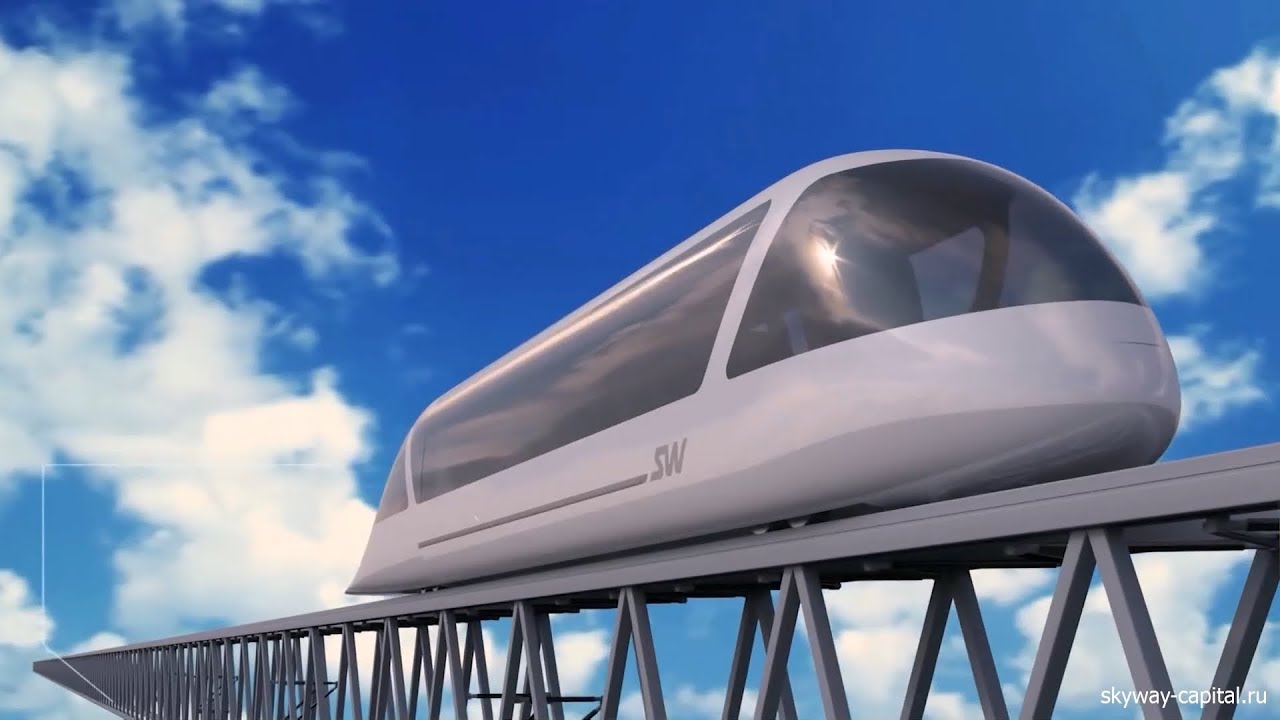 Challenges of Urban Transport System in Nigeria
For a fact, an efficient and reliant transport system in any country, is directly proportionate to her economic growth and development. This is so because, transportation convey people and goods (which are main economy drivers) from point A to B.

In Nigeria, urban transport system, which include road transport, railway, air and sea have been handled with stereotype, by successive Nigerian governments; and this much is evident in the moribund results associated with their various transport projects across the country through the years.
Of all modes of transportation, the most used by Nigerians is road transport, and this is also a fact in most countries.

For a city state like Lagos, with an estimated 15 million residents, road transportation has been bedeviled with numerous challenges such as traffic congestion and parking difficulties, longer commuting time, high infrastructure and poorly maintained roads, environmental impacts and energy consumption, accidents and highway robbery.
In addition to the challenges stated, most rural states across Nigeria have also had to deal with accessibility issues. Some states are separated by hills, rivers and forests, and commuting is usually very daunting, as people need to travel miles to reach the other parts of town.

The spate of highway kidnappings that have also recently bedeviled the nation too, though a challenge of security, has also been highlighted as a challenge of road transportation, as most traveler now have their hearts in mouth, wishing the journeys they’re embarking will not be their last.
The challenges are endless. Commuting Nigerian roads now, is a daily nightmare many people are forced to live through, for lack of an alternative from the moribund transport system.


The Sky Way String Transport System has been adjudged, by pundits, as a 21st century solution to the long-standing challenges that the Nigerian transportation system has grappled with, for decades.
This technology uses electrically-propelled steel cables, like strings, to move suspended cars (or cabins) between terminals at different elevation points.

String transport cars are an attractive urban transport solution to connect communities together when geographical barriers such as traffic congestion, hills and rivers make other transport means ineffectual.
Describing the technology in an exclusive interview with Apples Bite Magazine, Dr. Kristiaan Van den Vyver, the President, Skyworld Community Innovation Transport Africa, SCITA, explained that, “The technology is a new technology on string, it is set up from 5 to 50 meters above the ground. The is a new feat in research to find solution to transportation problem around the world.

“It is set up on strings like the guitar, when you take the strings together, the strings are hung from pillar to pillar. On this string, you hang your vehicle, and on this string, you drive the vehicle,” Dr. Vyer explained.
Speaking further, he highlights that these vehicles are powered by gas, electricity et al. In his words, “You can drive the vehicle on diesel, on gas and we can create our own energy; we can create our own electricity. When we drive, inside these special motors, the motors are built in a way that they can create energy. In every situation, when we don’t get enough electricity from the country, the batteries of the motors will take it over, and it can transport you to the next destination,” he heighted.

The company is on a steady ride to take the world over with this wonder in scientific innovation. Currently, the company has this transportation network already set up in Belarus and the UAE, with a plan to further implement this urban and intercity transport system around the world.

On why he became convinced about the veracity of the Sky Way Transport project, Vice President of SCITA, Barr. Uchenna Onyejekwe explained that, it was not such easy task to buy him over into the project.
“You see, what brought me into this, spans over 30 years, it only just cumulated down. When I came to Lagos, as a student, I was hearing on trains that will be called mono-train, metro-train. I finished my schooling in the University of Lagos, it was not done. I came back to Lagos to do another degree in Law, finished my degree in Law, went to Law school, did my youth service, I still heard about metro line, but I never saw it. I got married, had children, my son is 27 years old today, an international businessman and my daughter is a lawyer. Up till now, we have still not seen these metro lines,” he pontificated.

Speaking further, “On one occasion I was attacked in Apapa, where I had gone to transact business with Capital Oil. And on my way going in there, hoodlums attacked me. They picked things from car at gunpoint in broad day light. The thing is this people attacked us because we were in a traffic congestion. That was not the only time, I was attacked twice too at Onitsha, first in a car, the second time in my SUV. That is why I keep saying, this project is a prayer answered to us as Nigerians.

“After saying this to you, it now shows us the need to free our ways, and free ourselves from these incessant attacks. Traffic is one of the issues that breeds insecurity.
“When Dr. Vyer found this project two years ago, and he told me, I told him I wasn’t going to invest a kobo, because many at times, I have got my hands burnt by so-called international businessmen, who come to Nigeria, take our money and run away. Then I was directed to Sharjar, where I saw things first hand at the innovation center set up there. The mother company, Sky Walk Community had to send the director of finance to come and meet me in Dubai, to take me to Sharjar.

“When I got there, I saw things for myself, I said, so this thing is real. At first, I wondered, how can you put train in the air, call it string. I had imagined the strength of a string, but when I got there, I saw these things happen, I was wowed!
“For the second time, I had gone on a vacation with my family. After holiday was over, I left my family and flew to Sharjah again. This time, I realized where they had showed me initially was only a child’s play compared to where they had shown me the last time. That was all the conviction I needed, I came back to Nigeria, and invested,” Barr. Onyejekwe recounts.

The Technology
Speaking about the features of the Sky Way String Transport System, Barr. Onyejekwe educated that, “the cabin/car can travel at a speed of 150Km per hour, if you want; and it can travel for a speed of 600Km per hour. The implication of that is that you can travel conveniently from here to Abuja, and be safe and sound,” he explained.

The Advantages
On the cost implication for Nigerian commuters, Barr. Onyejekwe explains, “It will cost you just N10,000 only to travel from Lagos to Abuja, when this project is delivered at completion. It will take you just N200, in 10 minutes, from Lekki to the Airport. It goes to show you how much you would have saved. And we only said 10 minutes because the car might make one or two stopovers on the way to pick up more passengers.
“The technology travels at the speed of light. Once it moves, you turn, you cannot see the back, he explained.

Decongesting Apapa Gridlock
With the Sky Run Transport Technology, a lasting solution might have finally come for the perennial gridlock that have become characterized with the Apapa corridor of Lagos.
Wife of the President and Human Resources Manager at SCITA, Laura Van den Vyer, explains to Apples Bite Magazine that, “We have transport system built to carry cargoes in the air, and this will really help decongest Apapa. Our cargo system is the solution to the congestion of Apapa.

“All we need are just a few centimeters on the ground, just about the space that a traffic light pole stands on, to erect our technology at strategic points. And like the vice president rightly said, all we require from the government is the right of way, to do this,” she submitted.
Furthermore, Dr. Vyer explained that, depending on the type of line built for these cargoes. It could be single or double line, however, at the very least, as much as One Million (1,000,000) containers can be transported in one year on this string transport system.
“…and you must do your calculation. One tone will cost one cent, for one kilometer drive. It means 40 tones, will cost you 40USD, to transport containers. So, you see how cheap it will take to transport these containers,” Dr. Vyer disclosed.

In any case, cable cars are an exciting and welcome addition to the toolbox of urban transport planners. These systems, of course, are no alternative to high-capacity mass transit. But they offer an innovative, economical, and complementary solution that could help many isolated areas and congested cities like Lagos access jobs and opportunities in the city down below.

“We are also working with the Nigerian Society of Engineers, as a matter of fact, we now belong to the association. We will be working with them, once this project kicks off, so that we will do things in accordance with global standards.

“We intend to commence this project here in Lagos, because, the state is congested as it is. It is the right place to start. But I tell you what, if any state shows willingness to receive us, and adequate manpower and population, why not, we are not tied to Lagos par say. However, hopefully by the end of the year, 2021, we will commence and we are currently talking to the Lagos State Government for right of way and other things.
” With Sky Way Trasport technology, you can transport up to 50,000 passengers in one hour; with that you can calculate how many passengers can be transported in one day. The idea is to free up the ground, and move people around in the air,” he disclosed.

Investment Opportunities
Investing in the Sky Way Transport project is the smartest way to get a share the fast-growing company. The company has adopted the crow-funding method to raise funds for their projects. You can invest, and get others to invest too, and you earn while you bring other investors in too. For more details visit www.scita-limited.com