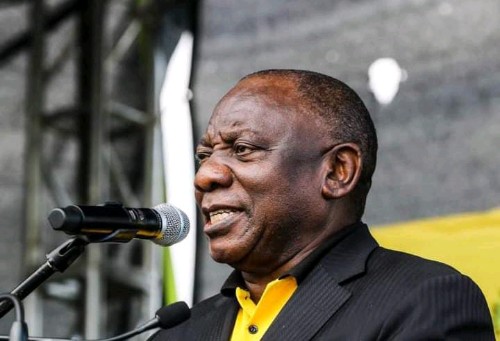 On Wednesday, an independent panel set up by the speaker of South Africa’s parliament said findings suggested that the president acted in a manner that was inconsistent with his office.

The president had been accused of covering up the theft, and the panel had raised questions about how the cash was acquired.

Ramaphosa has, however, denied any wrongdoing.

“Furthermore, the information presented to the Panel establishes, prima facie, the money that was stolen was probably more than US$ 580,000. As one of the suspects stated, they stole about US$800,000,” the panel’s report reads.

“Furthermore, the Namibian police reported that they had identified individuals, bank accounts in various and properties including lodges, houses and vehicles suspected to have been purchased with the proceeds of the crime.

Rap Music Is Dead And Boring, I Don’t Listen To It — Wizkid

“Another troubling feature about the source of the stolen foreign currency, is that the theft was never reported to the South African Police Services for investigation as an ordinary crime. Nor was the theft reported under the section 34(1) of PRECCA.”

The panel was established in September 2022 to find out if there was preliminary evidence of wrongdoing by the president.

“In all the circumstances, we think that the evidence presented to the panel, prima facie, establishes that the president may be guilty of a serious violation of certain sections of the constitution,” the report adds.

The panel also said it was evident that Ramaphosa put himself into a situation where there was a conflict of interest between his official responsibilities as president and as a business person involved in farming.

According to the BBC, Ramaphosa was expected to answer questions in parliament on Thursday.

However, he is said to have postponed his appearance before the lawmakers.

If the parliament finds the president guilty of serious misconduct, the process for an impeachment vote could be set in motion.

The inquiry is separate from a criminal investigation that police are conducting, and which Ramaphosa has welcomed.

The president, who was sworn into office in May 2019, is weeks away from an elective conference that will decide if he gets to run for a second term in the country’s 2024 polls.

The development also comes weeks after Jacob Zuma, Ramaphosa’s predecessor, was freed from prison after getting jail time for ignoring instructions on participating in a corruption inquiry.