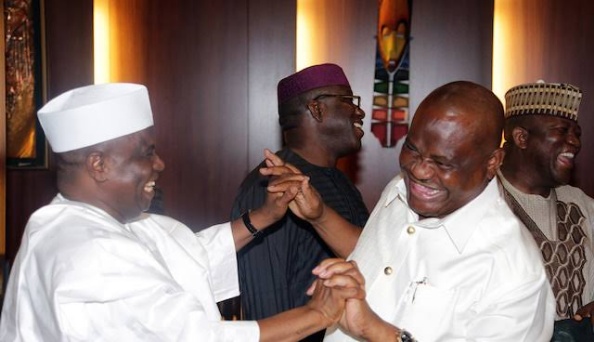 A civil group, New Nigeria Collective (NNC), has accused the Governor of Sokoto State, Aminu Tambuwal, of indulging in disruptive politics within the Peoples Democratic Party (PDP) and clandestinely working with his Rivers State counterpart, Nyesom Wike, as a potential running mate for the 2023 elections.

NNC, in a press release by its Secretary, Mr. Olutunbosun Osifowora, said latest discovery about Tambuwal’s antics, also explained why he disruptively opposed the northern consensus idea, because he has always had an ulterior motive. 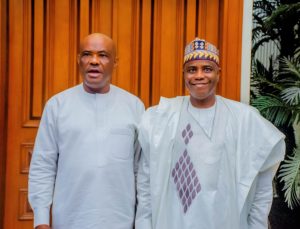 The group, which said it had no problem with Tambuwal making his choices since politics in this part of the world is not essentially altruistic, but about personal aggrandizement, however, his pretences about why he was in the race was what they needed to deal with.

According to the group, realising that the disposition of the northern leadership did not favour a candidate from the North West and for obvious reasons, Tambuwal has since been networking with Wike, albeit quietly and discreetly, with a view to negotiating becoming his running mate, while pretending not to be in talking terms with him, openly.

“It’s okay if Tambuwal prefers to go that way, because at the end of the day, it has always been about him and not the people or society. But pretending to be doing something else and yet doing another is even the more a minus to his already impossible personae.

“He is too deceptive and sly and has gone ahead so enviously, putting down others, just because nothing is looking in his direction. If Tambuwal is all about the party, how on earth does he think a Wike would win a national election, even if paired with two prominent northerners as running mates

“Can he (Tambuwal) as a Nigerian vote for Wike, given a different scenario, and this is without prejudice to the Rivers governor and his people as well as supporters all over the country? Maybe Tambuwal should take a back seat and reflect again about the road he is traveling.

“Is this really about being on the ballot as a running mate to just any candidate or he is really and truly interested in his party returning to power in 2023? But, from what is going on, it appears Tambuwal is for the former,” the group argued.

The New Nigeria Collective, therefore, advised the PDP not to be oblivious of the underhand political moves by some of its men, capable of undermining its chances in the general election, even as it said to Tambuwal: “You can do better than you are doing now.”