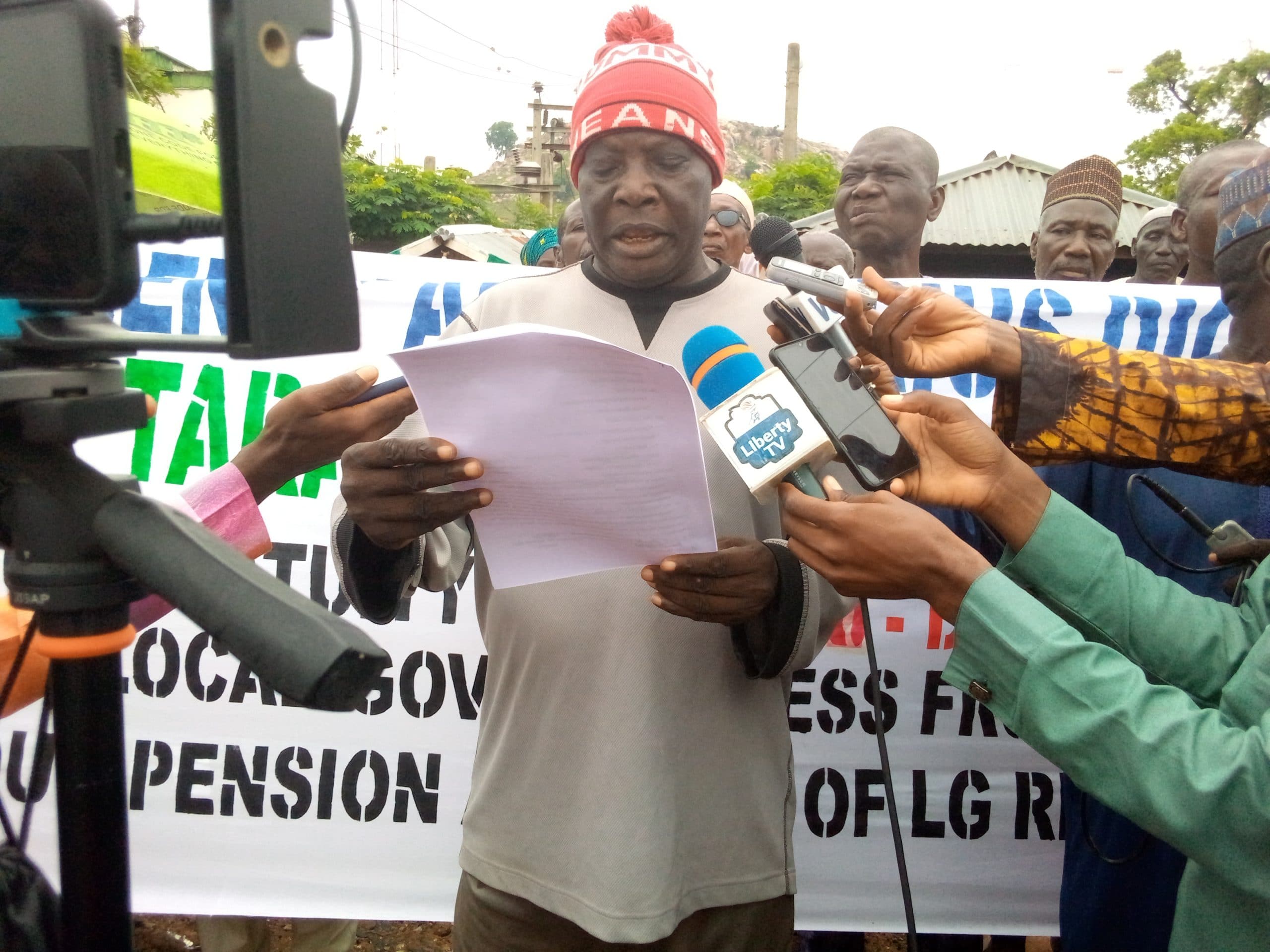 The forum of Concern Retirees, Taraba State chapter on Tuesday said they are all on drugs for one illness or the other and asked the state government and Governor Darius Ishaku to begin payment of their 8 years, pension and gratuity.

The pensioners who staged a peaceful protest to the government house Jalingo, begged Governor Ishaku to be human and commence the payment.

The pensioners in their letter presented to the secretary to the state government (SSG), Anthony Jelason, for the Taraba state government, claimed they had after a meeting with the state Deputy governor Engr. Haruna Mannu and the speaker Hon. Joseph Albasu Kunini, appealed to the government to commence the payment or face endless protests.

Comr. Silas Jafta chairman of the forum who read the letter on behalf of the protesting pensioners, explained that the forum had since written to the state government on the 10th, of March 2022 on their plight but were told to exercise patience till the end of April 2022. 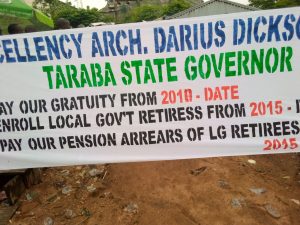 Comr. Jafta disclosed that the pensioners agreed to be patient on the condition that, (1) The full payment of gratuity to both state and local government retirees will commence in April.

(ii), That enrollment of the retirees from local government, the over 1000 of our members who have retired for over 8 years but are yet to be captured, would be done so with immediate effect.

(iii) That there will be implementation of the new minimum wage for the retirees which was approved two years ago.

(iv) That there will be a prompt payment of monthly pension for state and local government retirees.

The chairman expressed that non of the above condition was met at the end of the agreed time.

Mr. Anthony Jelason the state SSG, appreciated the pensioners’ patience and appealed to them to exercise more patience as the government was already working toward resolving the matter.