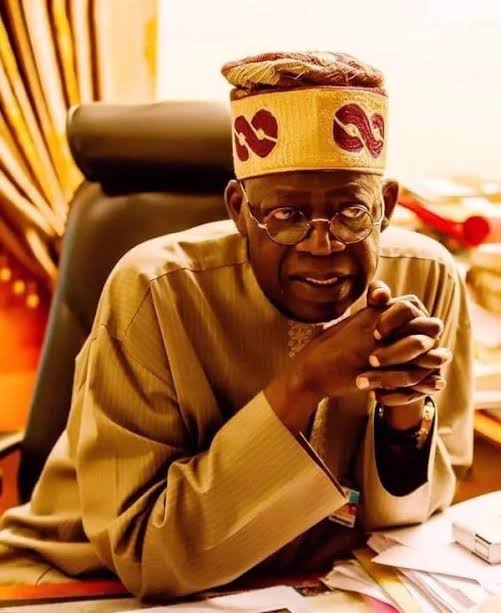 Buhari, in a statement by his Special Adviser on Media and Publicity, Mr Femi Adesina, described Tinubu as a key pillar of the ruling All Progressives Congress (APC), adding that the ex-governor had inspired many leaders across the country.

Next Read: See Toyin Lawani’s Controversial Nun Outfit To A Movie Premiere that got Everyone Talking

He prayed for a longer and healthy life for the party leader and acknowledged his role in stabilising the ruling party, as well as his works towards engendering good governance in the country.

The President also rejoiced with the “patriot and statesman” on the 12th colloquium, an intellectual gathering to commemorate his birthday, that had over the years turned into a veritable opportunity for discussing topical national issues, and harnessing ideas that will move the nation forward.

Buhari said the theme of the 12th Bola Tinubu Colloquium: “Our Common Bond, Our Common Wealth: Imperative of National Cohesion for Growth and Prosperity’’, reflected Tinubu’s patriotism and benevolence.

The President affirmed that the former Lagos State governor has continued to nurture talents for the benefit of the country.

Lawan described Tinubu as a leader with unwavering commitment to the unity of Nigeria.

The Senate President, in a statement by his Special Adviser (Media), Ola Awoniyi, said he joined the family members, friends and political associates in rejoicing with him for marking the day in good health and high spirits.

Next Read: Oduduwa Republic: Yoruba Community in the North Distances Self From Cession Agenda

Lawan said: “I felicitate with His Excellency, Asiwaju Tinubu, on this joyous occasion. A leader of leaders, political strategist and astute administrator, Asiwaju Tinubu has in three decades of active roles in the politics of Nigeria impacted many lives and greatly contributed to improving the polity.

“His achievements and the development foundations he laid in Lagos as the first elected governor of the state in the Fourth Republic have secured his place in the history of the state.

“That is the reason he has continued to loom large on the political stage 14 years after he last held a political office.

“The Jagaban of Borgu is also a founding father of our great party, the APC, and has been consistent alongside our other leaders in guiding the ruling party along a progressive path for the growth of our democracy and the development of our nation.

“Asiwaju Tinubu has been unwavering in his commitment to the unity of Nigeria and in his belief in its destiny as a great nation with a happy and prosperous people, despite the current challenges of nation-building.”

Deputy President of the Senate Ovie Omo-Agege also felicitated with Tinubu on his 69th birthday.

In a congratulatory message, Senator Omo-Agege applauded the former lawmaker for working to nurture and strengthen democracy in many ways.

Omo-Agege lauded him for his commitment to nation building and prayed to God to continue to preserve Tinubu’s life and thanked him for devoting his life to public service with extraordinary courage and diligence.

“Without question, you have written your name in gold. You have devoted your life to public service with extraordinary courage, resilience and tenacity of purpose. We appreciate your patriotic commitment to nation building.

“You are the architect of modern Lagos and the story of the state would be incomplete without you. On behalf of the people of Delta Central Senatorial District, I send my congratulations and best wishes and thank you for your selfless service to humanity and the nation as you mark your 69th birthday,” Omo-Agege said.

Gbajabiamila described Tinubu as a foremost democrat whose doggedness, determination, resilience and commitment, alongside other patriots, made it possible for the entrenchment and deepening of democracy in Nigeria.

Gbajabiamila was full of praises for the Jagaban of Borgu Kingdom, saying he has been living a fulfilled life worthy of emulation by all.

He said Tinubu has made his mark and has his footprints in the sands of time in the development of Lagos State and Nigeria.

“This is a great day once again in the life of a great man and an exemplary leader, the Asiwaju Bola Ahmed Tinubu, whose 69th birthday should be celebrated by all.

“The Jagaban of Borgu kingdom means many positive things to different people. To some, he is an emancipator; to others, he is a great philanthropist. Yet, to some people, Asiwaju is a rallying point, a unifying pillar.