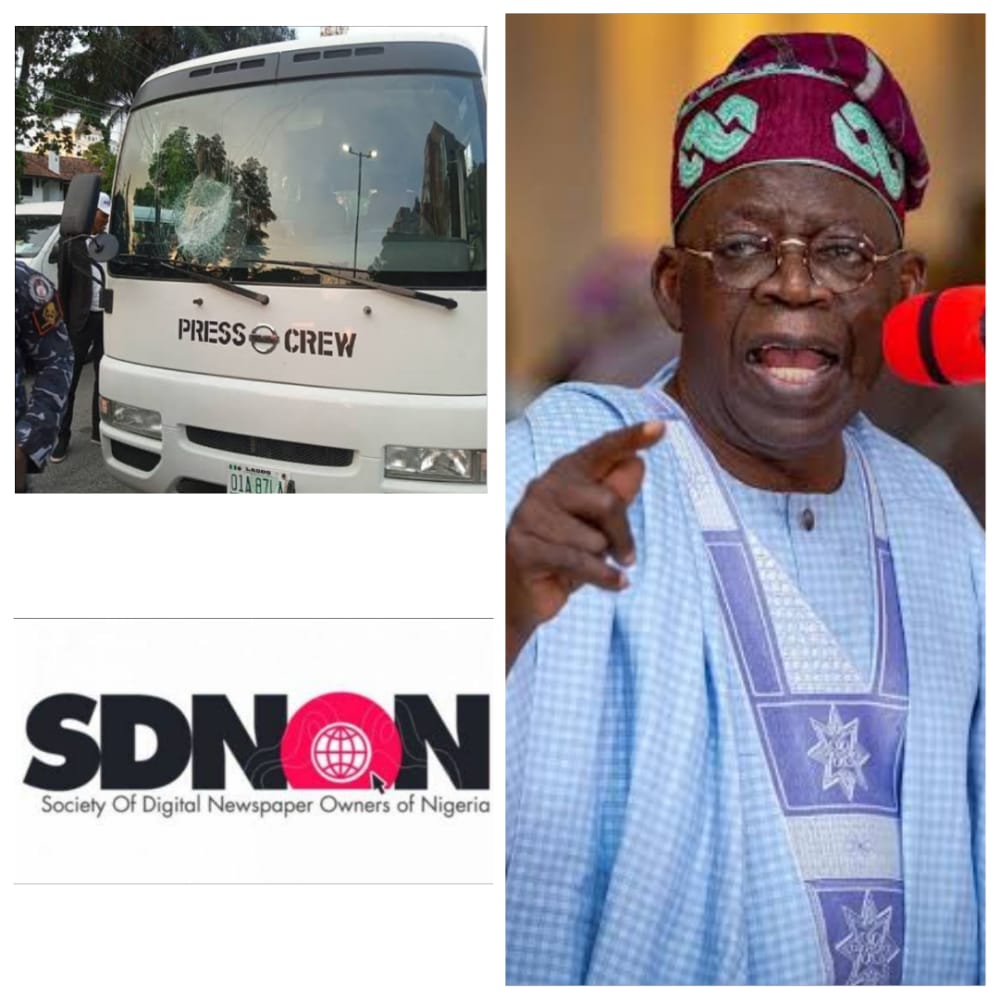 Society for Digital Newspaper Owners of Nigeria, SDNON, has condemned the recent attacks on journalists attached to the convoy of the Presidential Candidate of All Progressives Congress (APC), Ashiwaju Bola Ahmed Tinubu, yesterday Sunday, June 19, 2022, after he paid a courtesy visit to the Oba of Lagos, Oba Rilwan Akinolu on his return to the state after emerging as a Presidential Candidate of the party in the 2023 general elections.

The attack shows the growing concern about the increased hazards being faced by Nigerian journalists in the course of performing their official duties recognized by the constitution.

SDNON, in a statement released on Monday, June 20, 2022, fumed at the attack on the journalists in strong terms.

As a union, we will not continue to fold our arms and watch this unnecessary clamp down on the media because if you want democracy to thrive, you must have respect for freedom of the press, and free speech and be protected in the cause of discharging the constitutional duties, which is very critical for the survival of democracy.

However, the safety of journalists goes beyond doing a favor for the individual journalist; it is a sacred service to society.

The journalism profession is regarded as the Fourth Estate of the Realm or more poignantly, the Fourth Branch of Government because of the indirect influence it wields in governance.

We hereby categorically called the Inspector General of Police and Lagos State Commissioner of Police for a serious, independent, and impartial investigation into this assault and other attacks against journalists from Nigeria’s Government and Security agencies and to ensure that the perpetrators face the full wrath of the law.