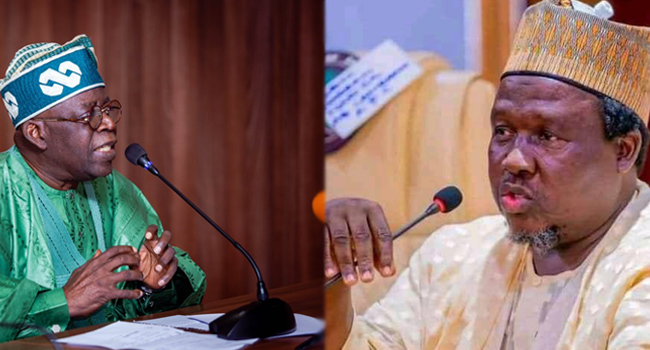 New Nigeria Collective (NNC), a non-profit making civil group, has warned the presidential candidate of the All Progressives Congress (APC), Asiwaju Bola Tinubu, against running with a Muslim-Muslim ticket, because that would ultimately kill his lifelong ambition to be president of the country.

Reacting to current political developments, the group, in a statement by its general secretary, Bosun Osifowora, said it has become obvious that the reason Tinubu deferred naming his running mate, and instead preferred a place holder, was because he was conflicted between the choices of a Muslim-Muslim or Muslim-Christian ticket.

While insisting that the presidential candidate must not pander to “foolish political correctness” as being propounded by a selfish and narrow-minded few, the group said the Christian community as a bloc would most definitely repay any deliberate disrespect to them in the prevailing political calculus of the nation.

The group said, not only must Tinubu see the push for a Muslim-Muslim ticket as a subtle move to disparage him as unqualified or unworthy to be regarded as a devout and genuine Muslim being a southerner, it would also pass as a brazen disrespect to the religion of his dear wife of many years.

According to the group, “These things are not difficult to situate and you can tell that those pushing this agenda are doing so only for their selfish and personal aggrandizement. But what should guide Tinubu is the fact that these same set of people had earlier discouraged the party against the choice of a southern candidate, because the opposition PDP went north.

“Unfortunately, for them, they were disappointed to learn that a southerner picked the nomination and so, they switched their narrative and started selling fear of defeat into the presidential candidate and party, alleging that only a Muslim-Muslim pairing would fly and lead the party to an electoral victory. It’s all lies. This is 2022 and no such lies can fly in the face of evident confusion that currently pervades the land.

Suggested Read: Ekiti Decides: I Will Be Next Governor Of Ekiti – Bisi Kolawale

“For the record, the Tinubu brand has gone beyond what any beginner politician would say only a certain kind of pairing would lead him to victory. That is so inane. With any blend at all, Tinubu is the singular most popular and acceptable candidate in Nigeria today and would push through to electoral victory. He knows the right message, where, when and to whom.

“Therefore, what is left is to do the right thing. A south/north candidacy combined with Muslim-Christian pairing, without any scintilla of doubts, pays the right attention to our cultural and religious diversity and effectively balances the fault lines. This is also important because, with the current state of the nation, today, whose challenges are religiously and ethnically rooted, disregarding these tendencies could spell doom.

“This is why we want to appeal to Asiwaju Tinubu to ignore those, who are deliberately pushing him to doom. Some have mooted the need to test the idea, tell them to do so when it is their turn. You have this one and only chance to be president; this opportunity may never come again. Please, listen to your inner voice of reasoning and do that, which is in collective interest, and not jut to assuage some vested political interest.”

NNC, however, insisted Tinubu speaks to himself and awaken his inner mind to the reality of today’s Nigeria, saying, “Everyone in Nigeria is important. Every religion is crucial. What is not acceptable in the current equation is the domination of one over the other. Even if a Christian running mate would not stop the carnage, the fact that he is on the ticket has some psychological suasion and effect that cannot be quantified. Please, ignore the jobbers and do the needful.”