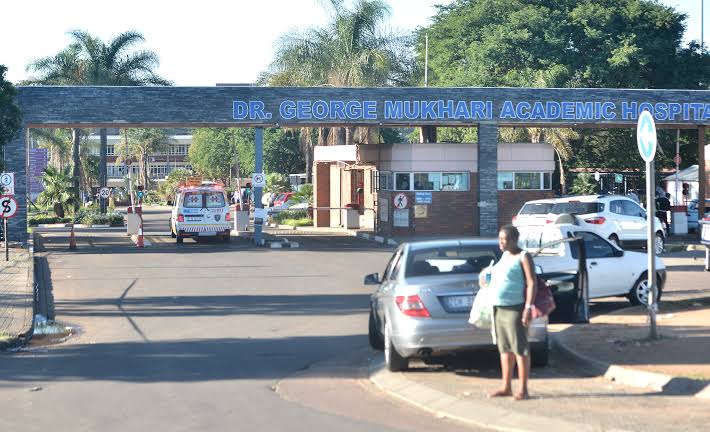 A TWO-YEAR-OLD girl is alleged to have been raped while on a coronavirus isolation ward in South Africa.

The girl’s mother took her to the hospital on June 15 after she began showing Covid-19 symptoms and was told the tot would need to be isolated.

The woman left her toddler at the hospital, but that evening received a call saying the little girl was crying and appeared to be in pain, IOL reported.

The child eventually went to sleep, and the following morning her mum was told she had tested negative for Covid-19 and could be discharged.

Speaking to local media, the girl’s aunt said that, when she visited the toddler, she could tell she was not “herself”.

“Even when I persisted, she would come to me but you could see she was struggling to walk. She would cry,” she said.

“I saw that there was something wrong with the child.”

The girl’s mother later noticed signs that she had been sexually assaulted while changing her nappy.

She took the girl to a local health clinic, where a nurse agreed there were signs she had been sexually assaulted and said she should be taken back to hospital.

The mum returned to the Dr George Mukhari Academic Hospital and the police were called but reportedly did not attend.

Her family have said they have had difficulty getting the hospital or local police to investigate the incident in the weeks since.

They said they went to a police station after leaving hospital but were told officers wouldn’t help “with much” because the family had come “in the evening”.

They said they were told to go home and that someone from the department’s child protection unit would visit them the following day, but that they still have not met with anyone after repeated visits to the station.

Local health officials recently told the African News Agency that “the hospital has not been aware of the alleged incident up until now”, but the family called the claim a “naked lie”.

A spokesperson said on Monday that the hospital was conducting its own investigation and that a preliminary report had been submitted to the head of the provincial health department.

It also said that a scheduled meeting was due to take place with the family.