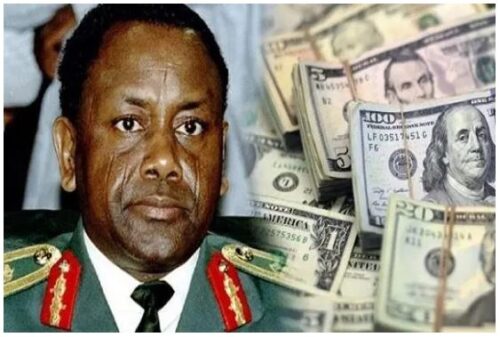 The United States (U.S.) Department of Justice (DoJ) has announced that it repatriated more than $20.6 million worth of assets linked to the former Head of State, the late Gen Sani Abacha, and his associates.

The DoJ said in a statement on Thursday, said that the transfer of funds “is in accordance with an August 23 agreement between the governments to repatriate assets the United States forfeited that were traceable to the kleptocracy of the former Nigerian dictator.

‘I’m Kneeling And Begging’, Says Obi As He Seeks Wike’s Support For 2023 Presidency

“The forfeited assets represent corrupt monies laundered during and after the military regime of General Abacha, who became head of state in Nigeria through a military coup on Nov. 17, 1993.”

The transfer of funds ultimately stems from a 2014 judgement in the District of Columbia, ordering the forfeiture of approximately $500 million worth of assets linked to the former dictator.

“The complaint filed in this case alleges that Gen. Abacha, his son Mohammed Sani Abacha, their associate, and others embezzled, misappropriated and extorted billions of dollars from the government of Nigeria and others.”

The case was brought under the Kleptocracy Asset Recovery Initiative by prosecutors in the Criminal Division’s Money Laundering and Asset Recovery Section, in partnership with the FBI.

Under the agreement, the United States agreed to transfer 100 percent of net forfeited assets to Nigeria for use in three critical infrastructure projects approved by President Muhammadu Buhari.

In 2020 the DoJ repatriated over $311.7 million in forfeited assets to Nigeria.

The latest transfer brings the total amount repatriated in the case to approximately $332.4 million.