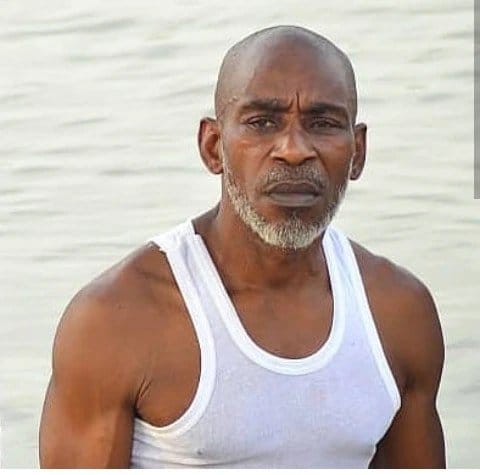 Veteran actor Gbenga Richards has died.
The news of his death was confirmed by his son, his ex-wife and his colleague and movie director, Femi Adewale.

Femi Adewale, the former head of programs at GALAXY TV, announced Richards’ death on Facebook on Thursday, May 12.
He wrote: Good night Gbenga Richards. Another Nollywood Icon is gone. A gem is lost. My friend and brother is gone to be with his creator. May the lord rest your soul in Jesus’ name.”

Also confirming his death, Emdee David, director at African Entertainment Network, wrote on Facebook saying, “I have been reliably informed that Nollywood actor, Gbenga Richards, who I interviewed last year on his health challenges and appealed for assistance, has passed. May his soul rest in peace.”
The actor who suffered from acute diabetes appealed for support in a video posted by Emdee David in September 2021.

In the video, he said: “My name is Gbenga Richards I’m sure a lot of you out there know me. My friends and fans and colleagues have encouraged me to do this, so I’ve decided to make my cry public. I’m really undergoing a very serious health issue. I have acute high blood pressure and suffering from acute diabetes I live on medication right now. That I’m alive speaking to you this wonderful day is by the grace of God. I need your help that my cry out.
“So I’m calling on well-loving Nigerians please come to my aid don’t allow me to die. I’ve slumped twice this year. I narrowly escaped death first in January and the second time in June, To eat and buy my dugs has been challenging. I need your help I know I still have a lot to offer this industry. I find it difficult to sleep please help me.
Gbenga Richards, who turned 60 in February, starred in movies such as 30 Days (2006), Darkest Night (2005) and Betrayed by Love (2004).