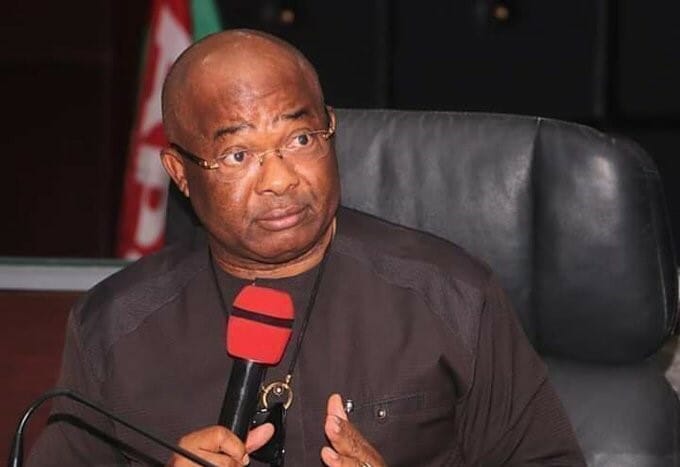 Hope Uzodimma, governor of Imo, says resort to violence by those agitating for secession in South east is counter-productive and such move is having a devastating effect on people of the zone.

The governor said this while condemning the spate of attacks in states across the south-east.

The south-east has become a flash point of violent attacks that target residents, as well as security operatives and government facilities.

While some of the attacks are alleged to have been carried out by supporters of the Indigenous People of Biafra (IPOB), the group has denied its involvement in the violence and called on state governments to “deal with” perpetrators.

In March, the residence of George Obiozor, president-general of Ohanaeze Ndigbo worldwide, was set ablaze by gunmen.

Speaking on Saturday during an interaction with the leadership of Ohanaeze Ndigbo, Uzodinma said it was expected that those who had had a chaotic and messy past would be wiser.

Uzodimma implored agitators to adopt dialogue to drive home their demands, adding that the greatness that they sought couldn’t be attained through violence and destruction of their own land.

“At the risk of repeating oneself many times over, dialogue and not violence is the vehicle that will lead us to our desired destination,” he said

“There is no evidence in history to show that any race had ever become great through violence or self destruction.

“When a man begins to urinate into a well which he drinks from, it only proves that he is on a suicide mission.

“I think that as a people who have endured and survived a turbulent and brutal past, we should be wiser than that.

“No one in Nigeria can deny the fact that Ndigbo are zealous, patriotic and committed to the oneness of Nigeria. All that Igbo demand is a level playing field for all to compete.”