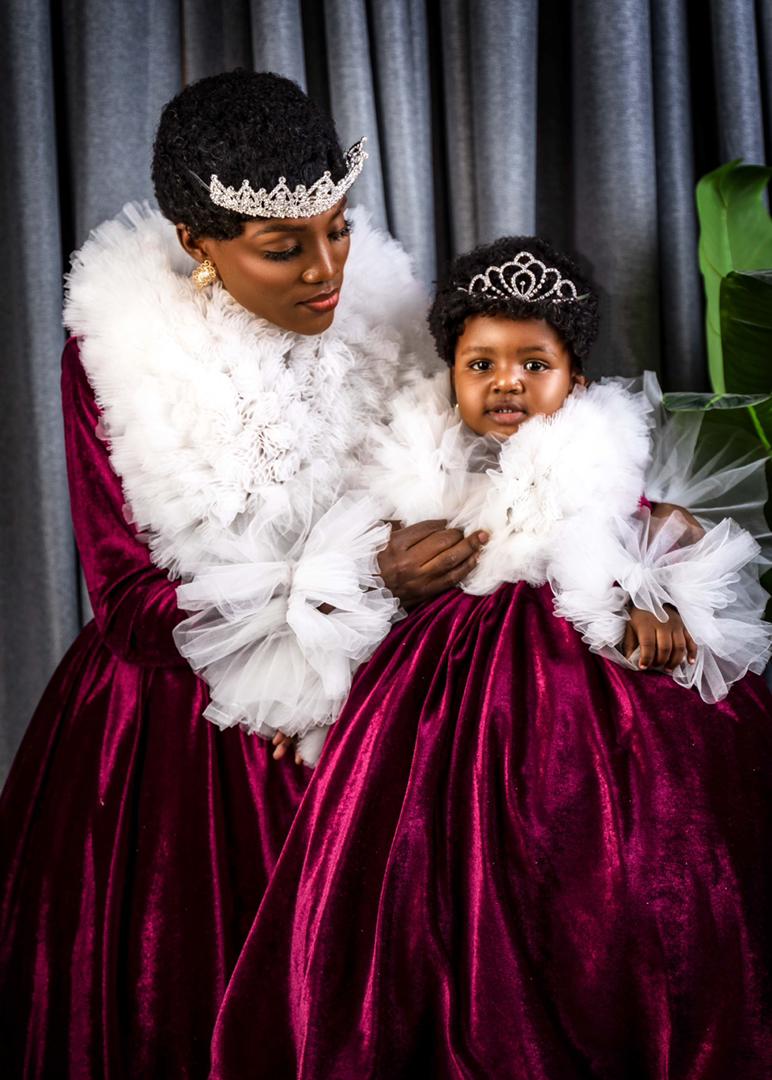 Even from day one of conceiving, star actress, Bukunmi Oluwasina enjoyed keeping herself away from public which made a lot of her fans asking series of questions until she put to bed a bouncing baby girl before everyone could understand the reason behind her action.

As if that wasn’t enough, since she became a mother, the highly intelligent Bukunmi was also hiding the identity of the girl on social media until March 3rd 2022, when the girl celebrated her 1st birthday where her pictures were posted on Instagram by her parents.

At age one, the little girl also became a brand ambassador as two international companies signed a multi-million Naira endorsement deal with her to be the face of their brands. 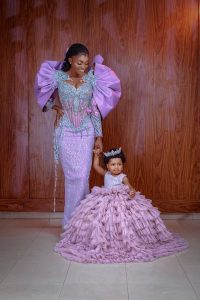 In an exclusive interview with Gbolahan Adetayo, Bukunmi Oluwasina exclusively revealed to us the real reasons she has been hiding the identity of her baby on social media among other interesting issues you can’t afford to miss about her baby. Enjoy the excerpts:

How do you feel to finally unveil your daughter’s face to the world on her birthday?

Why were you keeping her identity on social media before?
I just don’t feel the need to put her out there since she is still a baby. I had no reason to do because i felt there is no rule that states that whenever you give birth, you most post your child on social media for the world to see. Moreover, I didn’t want to take her freedom away from her as a child, situation where she won’t be able to go out with other kids or family, without people seeing her and asking “Is this not Bukunmi’s daughter?” I don’t like it when my personality affect the people around me or robs them off their freedom.

She signed a contract with two international brand on her birthday, what do you have to say about the deal?

I’m super excited. I felt like a proud mum. I actually should have done more for her because after her birth, different brands reached out to me to make her baby ambasador for their products but her dad and myself couldn’t allow it then because she was still a baby. And there was no way we would accept that and they won’t have her pictures all over the place. So we thought We should at least let her clock a year first. And Signing with an international traveling agency is fun for me. As we will be traveling to diffent places outside the country with her to keep a lot of beautiful pictures and memories for her to grow up and see. Then signing with Poshglow sweetens my heart. I can’t wait to be doing mother and child shoots with her in our bathrobes. 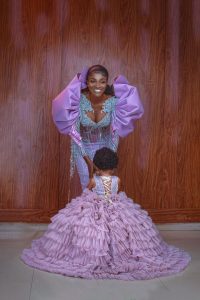 How many millions’ contract and how secured is her money?
Well, I won’t be able to mention the amount in the pages of newspapers for the reason best known to me. Also, the other party may wants to keep some aspect confidential. But what i can tell you is that, the deal is a Six Digit Price (Million Naira) and that’s from just one out of the two contracts. And talking about how secured her money is. Lolz, One of the reasons we finally agreed to allowing her represent few brands is because we know one way or the other too, It’s a way of helping her save and secure the future. This is because every money she makes, both from her own company AVIA LUXURIES, and any contact she sign goes directly to her own private account that has her name on it. It’s a type of account you can only send money to but can’t withdraw from, For now. So it’s to help her save for the future. We have our own money to make and spend ourselves as parents but not hers, never. We ain’t using her to do business, she owns her money.

What’s your view about people especially celebrities displaying their kids on social media?
Well, I believe everyone has the right to choose how they want to take care and train their children. Nobody has the right to dictate or choose for you. But in my own subjective opinion, I think it should have a limit because kids easily get addicted to things they do consistently. So it won’t get to a point where they would rather stay in front of phone cameras doing usual stuffs rather than going to school or reading. Some might even start finding it heard- to concentrate in school, all that would be in their heads is when they would return home to do tiktok with mom or wear nice cloth and tag pictures. So it’s good to always take note of things like this. And to the teens, Social media is a complicated platform. I think their parents should be in charge, not leaving them to run their pages themselves. This kids grow up so fast, it’s very important to monitor what they hear and watch everyday, so that they won’t be misled through social media.