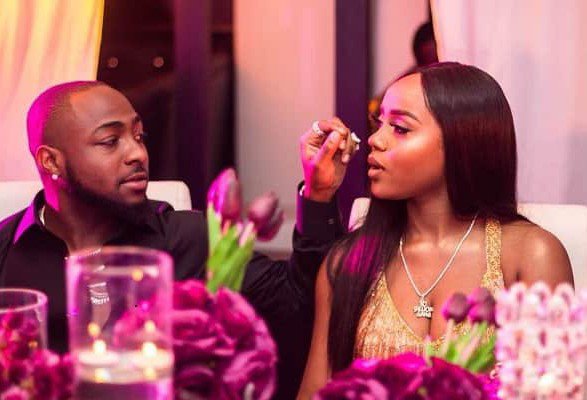 Nigerian Afrobeats singer, David Adeleke popularly called Davido, has lashed out at a troll over a derogatory comment to his baby mama, Chioma Avril Rowland.
Applesbite reports that the trouble started when Chioma joined other family members and friends of Davido to celebrate his elder brother, Adewale, who recently acquired a Bentley Bentayga automobile.

How Do I Campaign Against Tinubu In The South-West? Ayu Must Go – Bode George

Chioma in the comment section congratulated Adewale, as she wrote: “Congrats bro”

However, a troll identified as BigHush7 tackled her over the comment saying he would have slapped her if he was in Adewale’s shoes and urged her to rephrase her sentence.

The troll wrote: “You’re rude. If na me I for slap you. Rephrase your sentence with respect”.

Reacting to the threat, Davido slammed the troll promising to make sure he runs away from Nigeria.

“You go slap who? Ok, you go run away from Nigeria. Bet it”