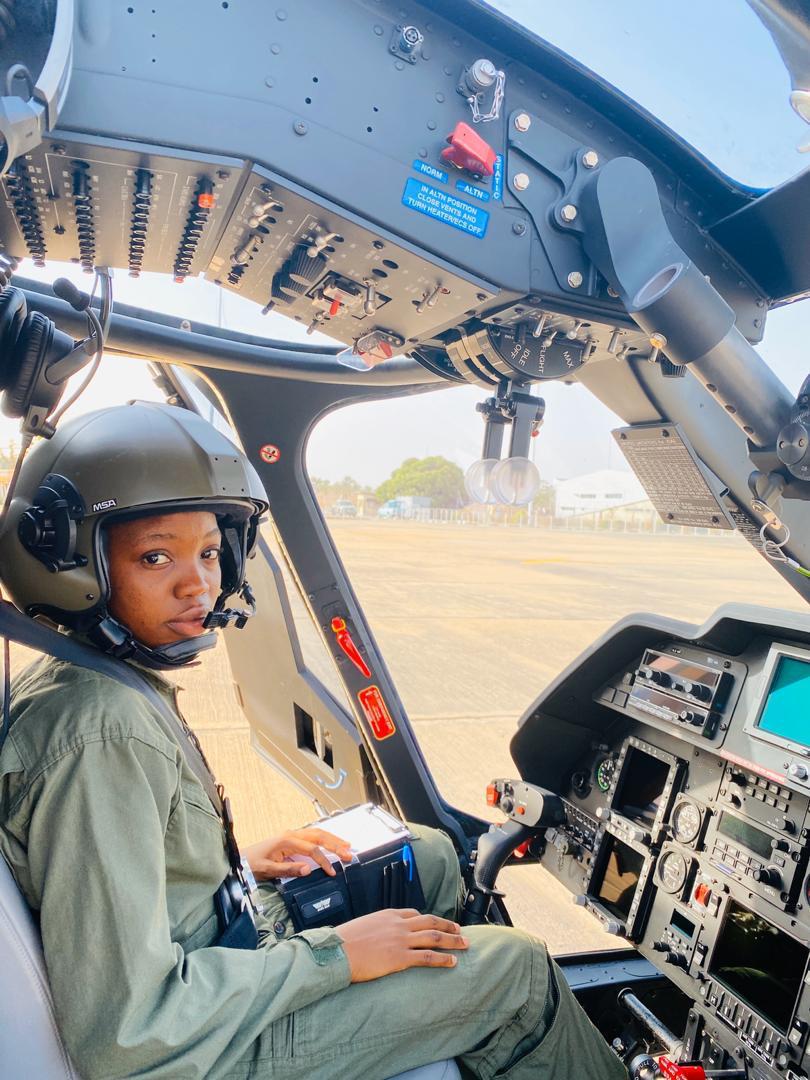 The families of the late Tolulope Arotile, Nigeria’s first female combat helicopter pilot are seeking quick dispensation of justice in the case investigating the incident while led to the death of their daughter.
Arotile died in an accident on July 14, 2020, at the Nigeria Air Force (NAF) base in Kaduna at the age of 24.

Her father, Akintunde Arotile, during an interview with Channels Television in Lokoja, Kogi State capital, on Saturday said he is yet to heal over the sad incident and he is more disturbed by the prolonged case investigating her death.

He added that his wife, mother to the late Tolulope, is more disturbed as she daily laments over the delayed case with justice yet to be served 10 months after.

“We are trying as a family to put a closure to the whole thing particularly with the case that is still in court. Up till now, it has not been easy. If the case has been concluded we will try and see if we can put a closure to that chapter and we will just mourn her till maybe when I and my wife will die.

“But the case is still on. I don’t even know when the next hearing will be. My wife is so disturbed because of that.
“It’s like you have an open wound that is not healing. If the case is concluded, our minds will be at rest,” he said at an event organised by the Kogi State Government and unveiling of a cinema movie project in Tolulope’s honour.

Mr Arotile stressed that if only justice can be served as soon as possible, their minds will be put to rest.
“To show that you cannot just kill a serving officer, a pilot in the Air Force Base premises and the case is being treated as nobody.
“You know our normal judicial service system, the case keeps dragging on…that is a problem for us,” Mr Arotile lamented.

The NAF had earlier in July 2020 released its preliminary report on the death of Tolulope in a car accident at their base in Kaduna.
The Force in the report revealed that Ms Arotile was killed by her friend who mistakenly hit her with his vehicle.
“Upon recognising their schoolmate, Arotile, after passing her, Mr Adejoh, who was driving, reversed the vehicle, ostensibly in an attempt to quickly meet up with the deceased, who was walking in the opposite direction. In the process, the vehicle struck Flying Officer Arotile from the rear, knocking her down with significant force and causing her to hit her head on the pavement.

The vehicle then ran over parts of her body as it veered off the road beyond the kerb and onto the pavement, causing her further injuries,” air force spokesperson, Ibikunle Daramola, said in a statement containing the report.
The air force after the release of the preliminary investigation handed over the suspects Nehemiah Adejoh, Igbekele Folorunsho, and Festus Gbayegun to the at the NAF Base Kaduna.

The news of Arotile’s death in July 2020 shook the nation, leaving many saddened by her demise at a prime age.
The NAF later immortalized Arotile in September by naming a Pilot’s Crew Room after her.