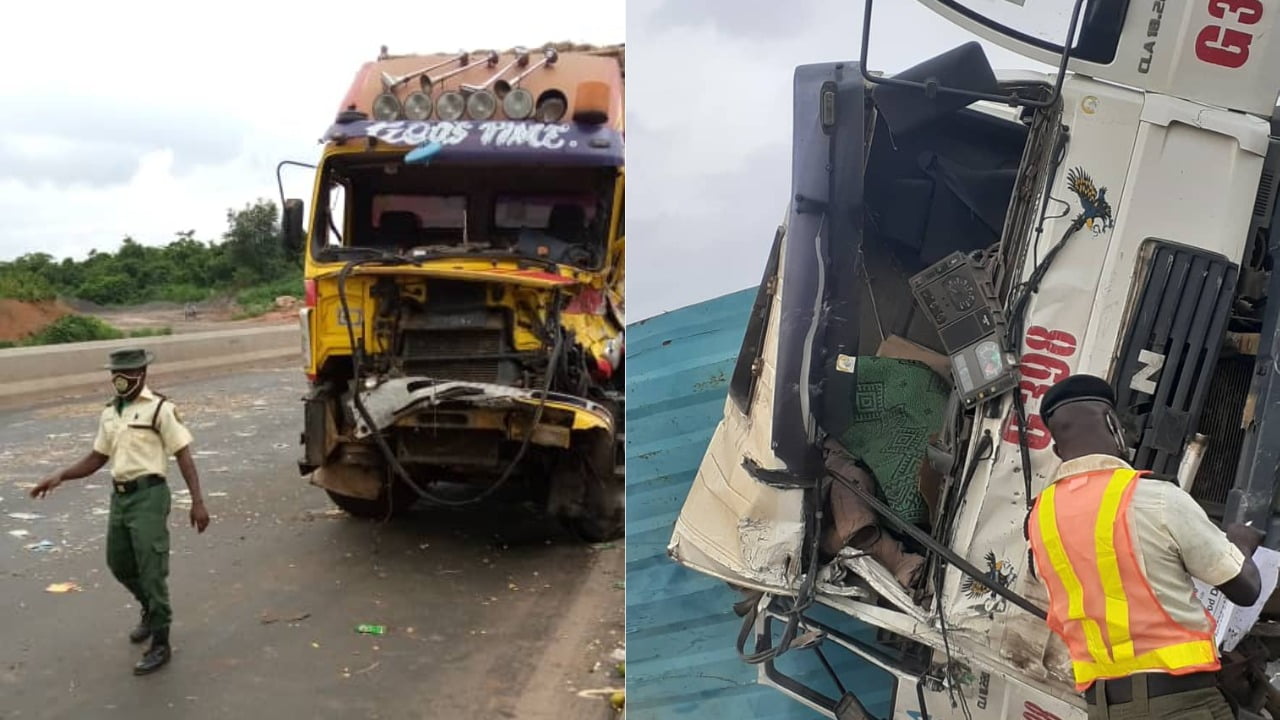 The Ogun State chapter of the Federal Road Safety Corps (FRSC) has confirmed the death of at least eleven people from an auto crash along the Lagos-Ibadan expressway.
It was gathered that two Mazda buses and another unknown vehicle rammed into each other on the busy road and immediately the vehicles caught fire.

Applesbite understands that the vehicles in total were containing 18 people but eleven of them burnt beyond recognition.

The Ogun State FRSC command’s spokesperson, Florence Okpe who confirmed the incident in a statement on Sunday said the accident happened on Saturday night.

The statement said: “A total of 18 persons were involved but only seven were rescued while 11 people unidentified were burnt beyond recognition.

“A total of seven persons were rescued with injuries, comprising five male adults, one female adult and one male child.”

“The injured victims were taken to Victory Hospital, Ogere for medical attention. One of the victims was rejected but finally taken to Babcock University Teaching Hospital, Ilisan.

“The fire service in Sagamu was contacted and the impact of the crash is obstructing the Ibadan-Lagos bound of the expressway.

“Traffic has been diverted to the Lagos-Ibadan route and the crashed vehicles are still burning.

“Motorists are advised to drive cautiously obey traffic rules and regulations and also cooperate with traffic managers managing the situation,” she added.