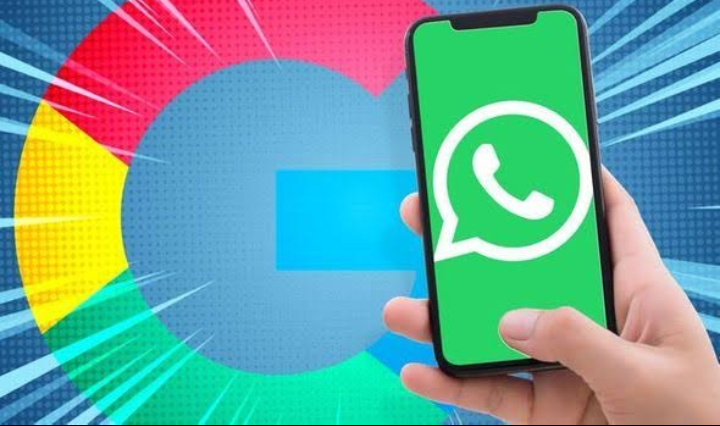 It is a given, that Chrome desktop browser owned by Google is the most popular on the planet.ow, in reaction to the Covid-19 outbreak, and the global rise in demand for video calling app, the popular browser is planning to offer their teaming users globally a one-tap way to launch a video call with their rival, WhatsApp.

There is an unquenchable demand for video calls at the moment, since most people around the world are locked down at home in a bid to stop the further spread of Covid-19.

Family and friends have turned to video call apps to keep in touch, organize socially distant pub quizzes, movie nights, hair-dressing tutorials and much, much more.

Enterprise-focused video call app Zoom and party game-packed House party saw unprecedented surges in demand during the early days of the lockdown. And established players raced to update their apps and services to keep up with demand – Facebook is launching a new service, Messenger Rooms, that allows upto 50 people with either Facebook, Messenger, WhatsApp or Instagram accounts to video call.

While Google made its business and education video call app Google Meet free for everyone to make calls with up to 100 people at the same time, and WhatsApp doubled it’s previous limit from four to eight simultaneous callers.

And now Google Duo – a video call rival to Apple FaceTime and WhatsApp – has received another boost to help users stay in touch with the people they haven’t been able to see due to the social distancing measures in place across the globe.

Google has already expanded the maximum number of people who can take part in a video call, increasing the previous limit of eight callers to 12. And now the Californian company is leveraging the colossal popularity of its Chrome web browser to help connect more people in lockdown and become a go-to video call app.

Google Duo calls can now be kick started from Google Chrome. The feature is only in preview at the moment, so will undergo more beta testing before it’s rolled out to millions of users worldwide. However, the integration with Google Chrome could be a game-changer. Chrome is used by roughly 67 per cent of all desktop web users.

That is a huge number of people. No other web browser comes close, so the ability to quickly jump into a video call, or kick start a new one with up to 12 friends or family from the desktop app could tempt users to ditch other options. Users will need a Google Account – which doesn’t necessarily require a Gmail email address – to take part in a call.

That’s the same requirement to use Google Meet, which was once reserved for enterprise and education users but is now available for everyone.

The move comes after Google Meet implemented a new AV1 codec to all Duo calls to improve video call quality over slower internet connections. So, even if you’re struggling to stream the likes of Netflix from the sofa, you should still appear crystal-clear on your next Google Duo call.