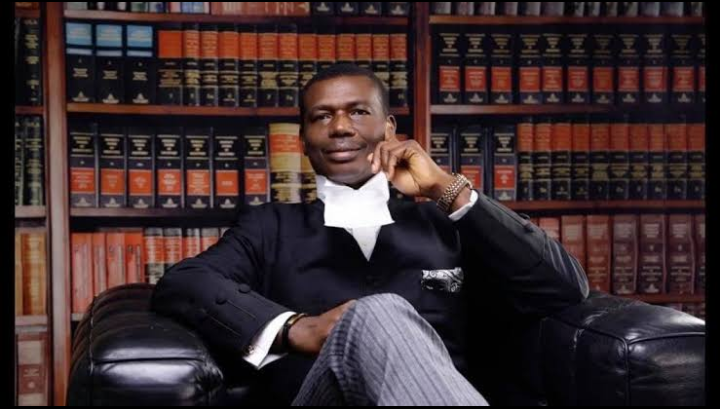 On October 5, 2018, the National Assembly passed the Nigeria Centre for Disease Control Bill, which was assented to by the President and thus became an Act on November 8, 2018.

This Act is part of the laws of the Federal Republic of Nigeria, being an Act of the National Assembly, which is comprised of representatives of the people.

It was a visionary piece of legislation from the administration of President Muhammadu Buhari, as no global virus was threatening the world at the time, even though Nigeria was already battling with Lassa fever and other preventable diseases. This law should ordinarily be within the archive of the National Assembly but somehow, it escaped the Honourable and Distinguished members of that hallowed institution of very great men and women of repute.

Amongst other aims and objectives, the NCDC Act seeks to achieve the following:

* protect Nigerians from the impact of communicable diseases of public health importance;
* maintain the highest state of alertness to detect and respond to disease outbreaks, public health disasters, mass morbidity and mortality due to pathogenic, chemical or biological agents;
* develop and coordinate capabilities, measures and activities to control outbreaks and mitigate the health impact of public health disasters;
* lead Nigeria’s implementation of International Health Regulations and coordinate its participation in international disease, prevention and control collaboration with relevant international health organizations as well as other countries of the world.

Without seeking to amend or repeal this piece of existing legislation, the House of Representatives suddenly came up with the Infectious Diseases Bill, to address the same or similar functions already assigned to the NCDC by law. From the explanatory introduction of the new Bill, it was meant to replace the archaic Quarantine Act of 1920.

As expected, there has been national outrage against the Bill, not necessarily because it is not desirable, but rather because it is viewed as draconian and oppressive.

Many have linked the Bill with the monstrous Singapore Infectious Diseases Act of 1977, which was enacted by an autocratic government and should not be contemplated for any democratic society. What then prompted the Honourable Members of the House of Representatives, to ever think of such legal anomaly? The reason is not far-fetched.

The new Infectious Diseases Control Bill has its origin in the confusion that followed the initial declaration of total lockdown upon some States in Nigeria and the Federal Capital Territory, by the President.

I had pointed out then that the Quarantine Act could not be relied upon to restrict the movement of persons, but some others didn’t quite agree with me. I mean, a detailed look at the entire Quarantine Act shows clearly that it was never intended as a tool for the restriction of movement, but rather for the protection and treatment of persons suffering from an infectious disease.

It was after the Presidential broadcast of March 30 2020, that the Quarantine Act became a saving grace for the lockdown measures, which were very expedient but unlawful. Expectedly, the nation ran into some confusion, with Governors of the various States assuming dictatorial powers over their citizens. In some cases, Nigerians from other States were held down at the State boundaries because of the executive fiat of Governors who had shut down those borders illegally.

This must have compelled the House of Representatives to seek to devise a solution to the problem by importing a timeworn legislation for our use.

You then ask me, what is wrong with the new Infectious Diseases Control Bill? Too many anomalies and violations of the Constitution, are contained in various sections of the proposed law.

And once the Minister makes that declaration, then the Director-General of NCDC can by reason of that alone prohibit or prevent any person from leaving the isolation area and generally to restrict the movement of persons and goods in that area, by merely issuing an order, like a court of law, and pronto, citizens become imprisoned in the isolation area, contrary to section 41 of the 1999 Constitution which grants the freedom of movement to all. That is not all. Under and by virtue of section 15 (3) (d) of the Bill, the DG can compel you to undergo any medical examination as he thinks fit and he is authorized to destroy and dispose of any structure (building I suppose) and goods that he suspects may be a source of infection.

Furthermore, the Bill empowers law enforcement officers to arrest and detain without warrant, practically putting us at their mercy.

Given the antecedents of our law enforcement officers, there can be no other means of corruption than this kind of legislation. Even in serious anti-corruption or other criminal cases, you still have to obtain the nod of a judicial officer to arrest a citizen, how much more when you claim to be helping to rid society of infectious diseases. Now, section 36 (5) of the Constitution states that every person charged with a criminal offence shall be presumed to be innocent until he is proved guilty. In violation of this section, the Bill puts the burden of proof of innocence on the citizen, thereby seeking to destroy one of the very fundamental rights granted to all persons.

Yet again is section 20 of the Bill, which gives the DG power to prohibit or restrict meetings or gatherings, based upon his own subjective determination, contrary to section 40 of the Constitution, which provides that every person shall be entitled to assemble freely and associate with other persons. This can then be turned into a weapon to oppress and persecute people of opposite political leanings or even faith, in so far as the DG sees fit, to scatter their gathering under the guise of infectious disease.

The Bill is not done yet. The decision of the DG to prohibit any meeting or gathering is that of an emperor which is beyond judicial review, as any person affected by such an order of prohibition can only appeal to the Minister within seven days. And whatever decision the Minister takes on the matter is finally final.

The Minister is thus combining the powers of the judiciary with that of the executive in one person, in a democracy that thrives on the principles of separation of powers and checks and balances. When one gets to hear that this sort of legislation is being proposed in our lifetime, you then begin to ask if Africa will ever be at par with other nations of the world.

Those who are aggrieved with the decision of a Minister in the executive arm of government cannot approach the judiciary for a review of such decision, pursuant to section 6 (6) (b) of the Constitution. The Bill also seeks to prohibit press freedom and freedom of speech in its section 56, where it is stated that the DG may require any person to furnish any information within his knowledge and he can also compel you to produce any book, document or other record in your custody or possession. Journalists are at risk of imprisonment if they fail to disclose their usual ‘reliable sources’ or claim that those interviewed volunteered information anonymously.

It doesn’t end there still. If you fail to comply with the order of the DG, he can delegate a health officer or security officer to enter your house with reasonable force without a warrant. The Constitution in section 39 states that every person shall be entitled to freedom of expression, including freedom to hold opinions and to receive and impart ideas and information without interference.

We are not done yet with this 44-page Bill of oppression. In its section 24, the Bill empowers every enforcement officer to apprehend and take any person suffering from any infectious disease that is found on any street or public place, to a hospital.

You must by now be wondering how many diseases are infectious, as if you are found to be coughing on the street or in the bank, you are to be arrested immediately. Those burdened with HIV, tuberculosis, hepatitis, chicken pox or such other infectious disease are by this provision expected to stay at home forever and not venture to attend any public event or even move on the street. Perhaps the most worrisome provision of the Bill is section 24 thereof, which empowers any enforcement officer to secure an order of court to destroy any building in which a case of infectious disease has occurred.

The mode of obtaining the order is not stated; whether it will be ex-parte or on notice, only the House of Representatives can tell. Section 43 of the Constitution provides that every citizen shall have the right to acquire and own immovable property anywhere in Nigeria and section 44 prohibits compulsory acquisition of property without following due process.

If you cannot acquire my property compulsorily, where then do you derive the power to demolish it? The other issue from this illegal provision is that of double jeopardy, for a person who is afflicted with an infectious disease, arrested and forced to undergo treatment and if God spares his life to survive it, he leaves the hospital only to discover that his house has been demolished.

There is also section 71 of the Bill, which states that the DG and his officers under him cannot he held liable for anything done or omitted to be done in the execution or purported execution of the Bill. In modern day Nigeria? Indeed, the House of Representatives can at times become overly pedestrian, to donate to the DG an express immunity and to clothe him with the garb of an emperor who can do no wrong.

There is yet another offensive provision of the Bill that grants the Minister express power of waiver in respect of any matter whatsoever.
In my view, there is no need to conduct a public hearing on this Infectious Diseases Bill that got itself infected with too many infractions of the Constitution, as virtually all fundamental rights granted to citizens under Chapter IV of the Constitution have been taken away, leaving us castrated and unprotected.

The House of Representatives will do well to discard this odious and ill-conceived legislation.

I do not share the view at all that there is any ulterior motive behind this Bill, but rather that it is a product of legislative exuberance, which can indeed be pardoned as part of the trauma of COVID 19. That House was progressive when it abolished the estimate billing regime of the electricity companies, it should continue in that path and remain on the side of Nigerians, because a Bill infected with manifest illegalities should not be the tool for the prevention of infectious diseases.