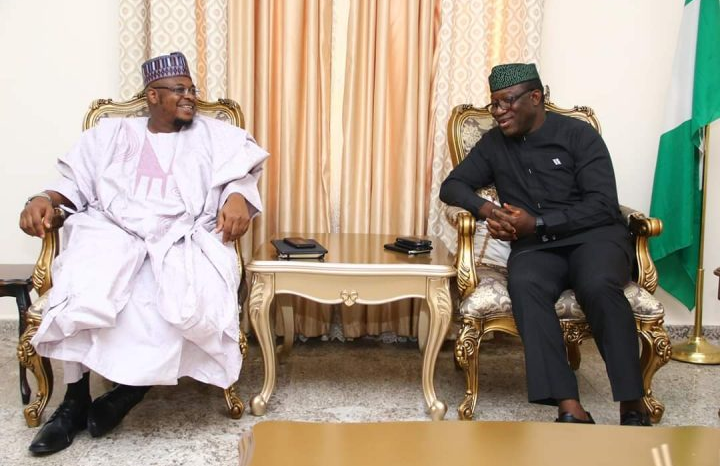 The Honourable Minister of Communications and Digital Economy, Dr Isa Ali Ibrahim (Pantami), FNCS, FBCS, FIIM, has expressed his delight, about the Executive Order No. 007 of 2020 on Right of Way Charges on Telecommunications Infrastructure that was signed by the Executive Governor of Ekiti State, Dr Kayode Fayemi, CON, on May 12, 2020.

The Executive Order shall “specifically target all sectors of Ekiti State including rural homes, farms, small businesses, manufacturing and production sites, transportation systems, and healthcare and educational facilities”. It is also noteworthy that the Order specifies that “Right of Way charges related to the laying of broadband or any other telecommunications infrastructure in Ekiti State shall not exceed N145 per linear metre”.

This action of providing a policy backing to the Right of Way charges is truly commendable. It is also in consonance with the resolution of the State Governors under the auspices of the Governors’ Forum on the 22nd of January 2020 to address the lingering issue of Right of Way (RoW) charges in a bid to deepen broadband penetration in the country and promote a Digital Economy for a Digital Nigeria.

At that meeting the Executive Governors had resolved to adopt the 2013 resolutions reached by the National Economic Council (NEC) which agreed on a maximum RoW charge of N145.00 per linear meter of fibre. Implementing this resolution will go a long way in implementing the National Broadband Plan (NBP) which was launched by His Excellency, President Muhammadu Buhari, GCFR, on the 19th of March 2020.

An increase in broadband access will have a positive impact on the economy of the various States as well as the entire country. One of the key benefits is the rapid growth in the gross domestic product (GDP) of any country that increases its broadband penetration. The negative impact of the COVID-19 pandemic has accentuated the importance of broadband in supporting economies around the world.

The Honourable Minister of Communications and Digital Economy, congratulates and commends the Executive Governor of Ekiti State for this landmark action. The Honourable Minister would like to use the occasion of the World Telecommunications Day to encourage other Executive Governors to emulate this action in order to accelerate broadband penetration across the country.