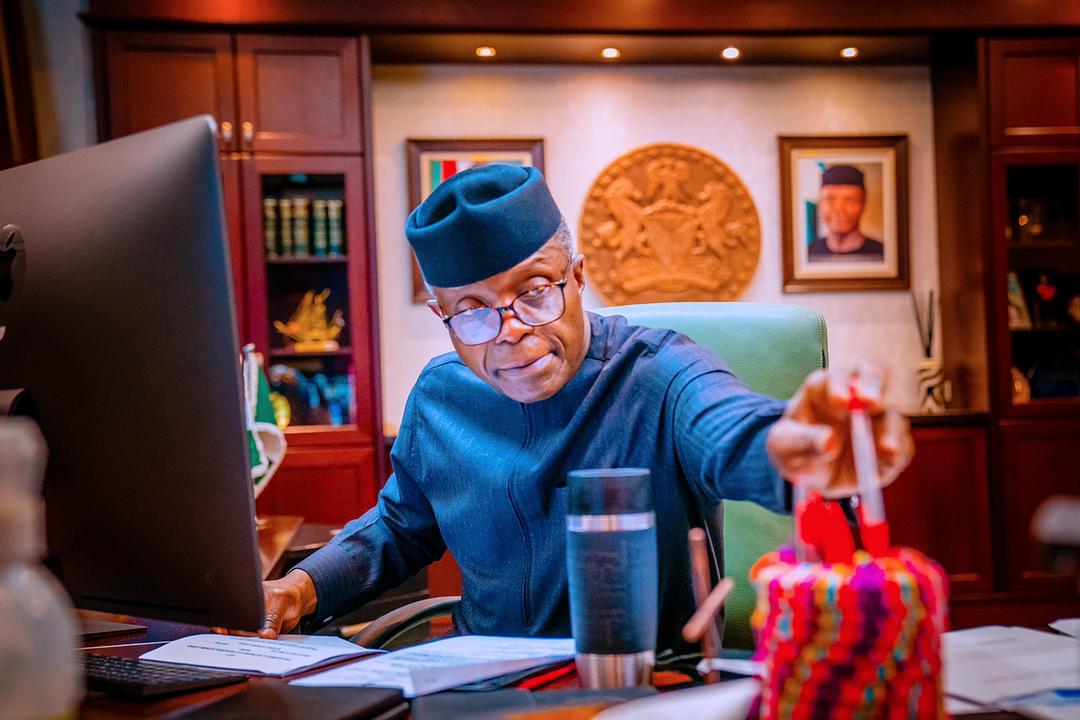 Vice-President Yemi Osinbajo says if elected into office as president, he will “hit the ground running from day one”.

He said this on Tuesday while addressing his supporters during a visit to Ogun state.

Osinbajo, who is seeking the presidential ticket of the All Progressives Congress (APC), said his experience serving under President Muhammadu Buhari has provided him with enough experience to take over the reins of power in 2023.

“After I was appointed as vice-president, I had the unique opportunity of serving under President Muhammadu Buhari, who exposed me to practically every aspect of governance. He exposed me to various things in government, and I had the opportunity to serve as acting president on several occasions,” he said.

“I know that governing at a high level requires some experience. And after seven-and-a-half years of working as vice-president, seeing what many people have never seen, being able to participate at both local and international levels of governance, I know that God didn’t provide those opportunities simply so that I’ll go and sit down and write my memoir. No. God does not make mistakes. He provided those opportunities such that one day, I will be called upon to serve in a higher capacity — to serve as president.

“The opportunity to do so is an important one. And let nobody tell us any stories. The truth of the matter is that everywhere where I have served, I’ve served with utmost loyalty, and commitment. I have put my reputation on the line — sometimes, even life. There is nowhere that those I served will not say I put in everything to make sure they succeed.

“With utmost humility, it is now evident that if there is anybody, any candidate, or aspirant, who on day one can hit the ground running, who on day one knows what to do, who will not spend another two years trying to decide what to do, that person is your son, Oluyemi Osinbajo. That is the objective truth.

“So, I want to say to you, that the opportunity that has come to me, that has come to you as brothers and sisters from Remo, is one we should approach diligently, with commitment and prayers.

“If God allows, it will be a great thing indeed for Remo, Ogun state, our country. I believe I have what is required at this time to serve this nation and ensure that we can give this country the best leadership.

“Let nobody confuse us. We can only have one son in Remo. And he is the one you are looking at now.”

Related tags : 2023: I Won’t Spend Two Years Trying To Figure Out What To Do – Osinbajo Yemi Osinbajo