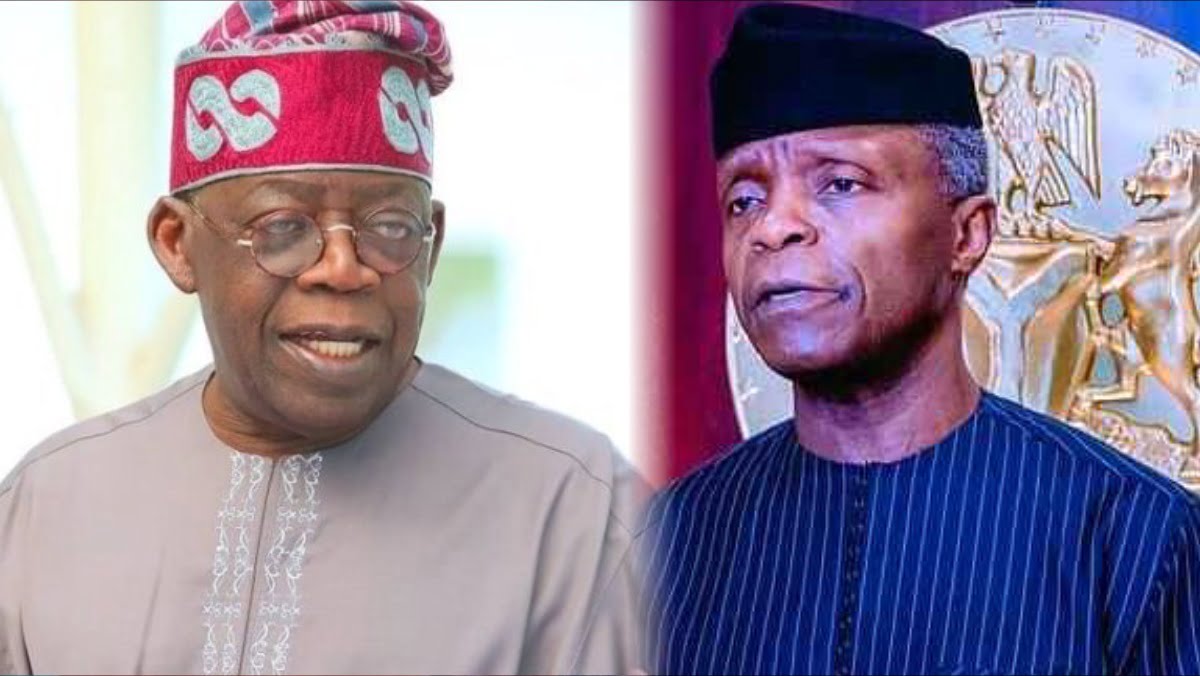 Kano politician, Senator Kabiru Gaya has debunked reports that Vice President Yemi Osinbajo has been sidelined in the composition and activities of the presidential campaign team of the All Progressives Congress (APC).
Gaya who served as the Director-General of the support groups of Osinbajo when the vice president was seeking the APC ticket for the 2023 presidential election said Osinbajo remains an integral part of the Tinubu/APC campaigns for 2023.

He added during a chat with journalists in Kano State that Tinubu has the full support of Osinbajo in the race for the 2023 presidency.

According to Gaya who is now a member of the Tinubu campaign team the directive of President Muhammadu Buhari for Osinbajo to stay away from the political activities of the APC for 2023 and oversee the running of the government is why the Vice President has been relatively silent.

Davido Reacts As Portable Inks Multiple Tattoos On His Face

The lawmaker added that there is no form of division between Tinubu and Osinbajo.

He said, “I am a member of Tinubu campaign team, so the issue of sidelining anyone does not arise. Even the president has said he wants Osinbajo to be with him in running the affairs of the country to ensure seamless handover.

“There is nothing like Osinbajo is sidelined because after the primaries, we were in Osinbajo’s house when Tinubu came and said he needed our support. We had over two hours’ discussion. They are working together. Politics should not divide us.”

APC Will Win Massively
Predicting the outcome of the 2023 elections, Senator Gaya gave it in favour of the APC at all levels in Kano State.

He added that the New Nigeria People’s Party (NNPP) would come second while the Peoples Democratic Party (PDP) would come third.