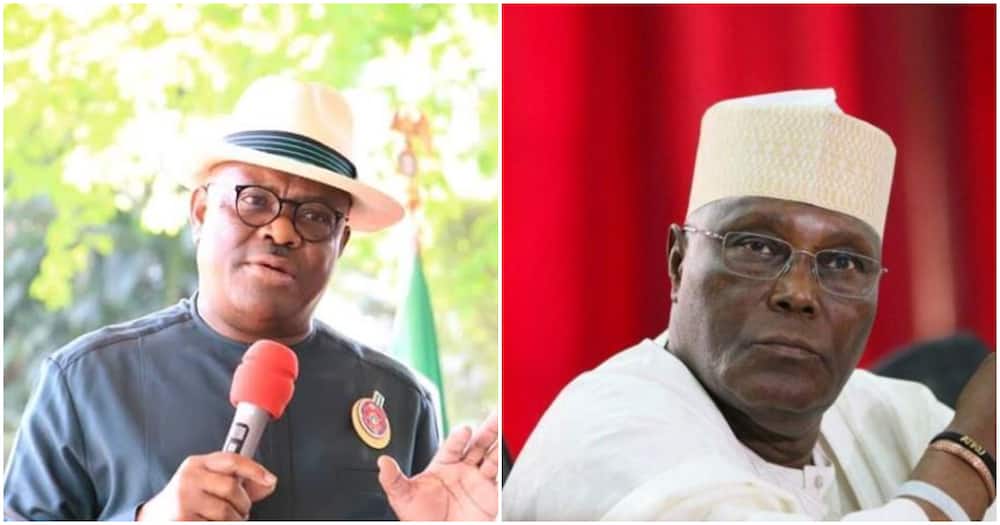 The reported demands of the Rivers State Governor, Nyesom Wike from the presidential candidate of the Peoples Democratic Party (PDP), Atiku Abubakar have been revealed.
Applesbite learned that the camp of Governor Wike insisted that the National Chairman of the party, Iyorchia Ayu must resign from office.

Further report has it that Wike’s camp asked that Ayu should be given a dignified exit and accommodated in the new PDP government if it wins the 2023 presidential election.

Governor Wike’s camp also demanded that it be allowed to produce Ayu’s replacement and the person should come from the South-West.

This is coming after claims that Atiku agreed to meet the demands of Governor Wike after their reconciliation meeting in London.

It was, however, not stated if Atiku agreed to serve as president for a term to allow power shift to the South in 2027.

The camp also requested to produce the Senate President and some Principal officers of the National Assembly.

Members of the Wike camp will also be appointed to key ministerial positions as well as the headship of Federal parastatals and agencies if the party wins in 2023.

Governor Wike’s camp in return for the demands placed before Atiku, would play an important role in marketing Atiku’s presidential ambition and also provide logistics for the general campaign.

A source that spoke with Vanguard on the development said, “It was also agreed that media hostilities should cease and this was largely responsible for the statement Atiku caused his Media Office to issue on Thursday.

“Atiku was left with little room to negotiate, he was outnumbered and the open solicitation by the candidates of the Labour Party and the All Progressives Congress, Mr Peter Obi and Asiwaju Ahmed Tinubu did not help matters.”