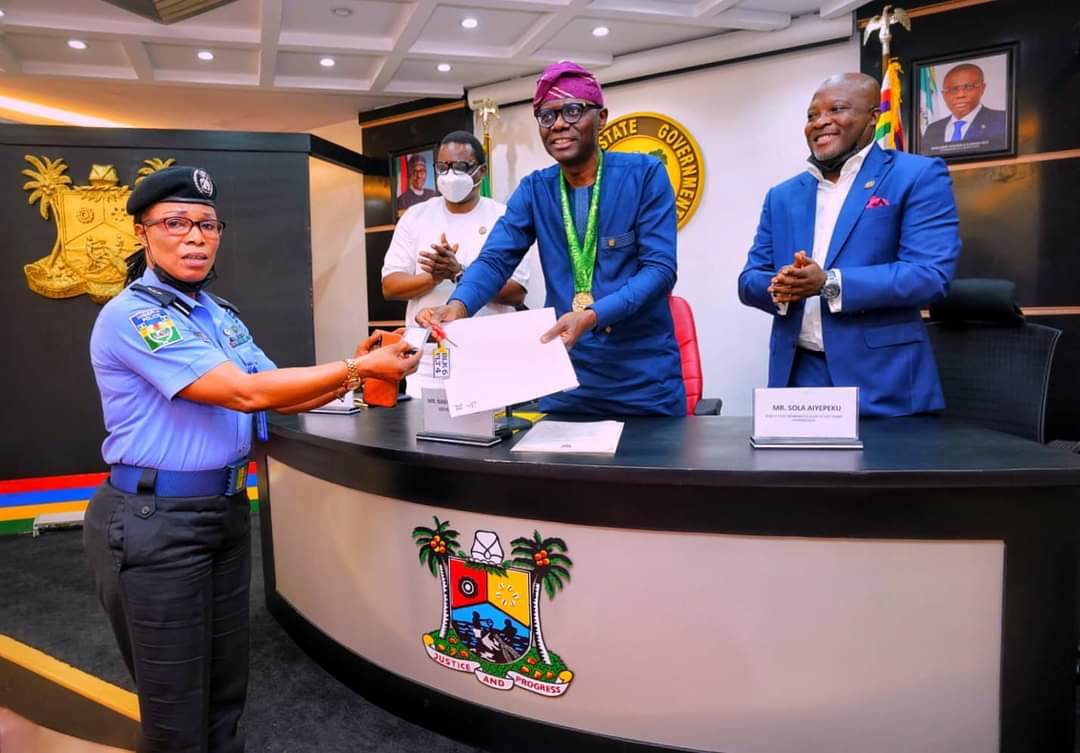 The Lagos State Governor on Thursday announced that Ajunwa – an Assistant Commissioner of Police – would get a three-bedroom flat at the Babatunde Raji Fashola Housing Estate, Iponri.