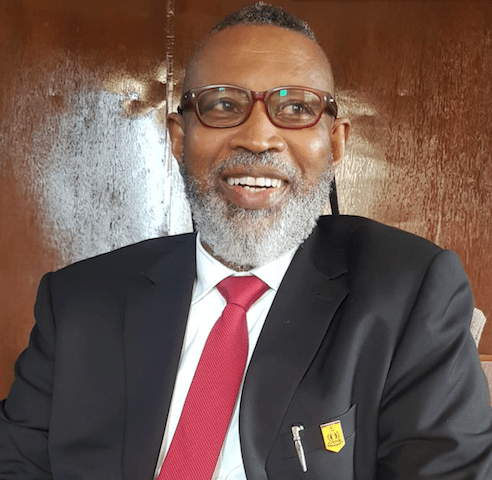 What bears emphasis in the carefully choreographed extant conflict over Ukraine is the profundity of Russia’s position. It simply says that continuous eastward expansion of NATO is at variance with its own national security interests. 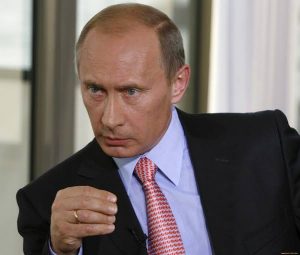 I argue that such a claim is, of course, much stronger than the logic of Ukrainian sovereignty that the West was trumpeting. The concept of sovereignty – defined by the French jurist, Jean Bodin, several years ago, as the supreme authority of a sovereign over its people and territory – has, without doubt, suffered a good deal of qualitative and quantitative reversal, especially since the end of World War II. It is, therefore, misleading to create the impression that sovereignty is still wholly sacrosanct in today’s global system. At any event, Western arguments here, that none should constrain Ukrainian sovereignty, as it relates to its right to choose its friends, flies in the face of Monroe Doctrine, once espoused by Washington. This Doctrine technically recognizes the ‘right’ of every Great Power to carve a sphere of influence for itself.

Thus, when a nuclear power proclaims, as Russia did in the instant case, that something is fundamentally injurious to its national security interests, other countries do not act as if nothing had been said. This is why US stance on this whole issue smacks of policy somersault, and bears a tinge of miscalculation. The question that comes to mind here is, why was Washington readying its nuclear arsenal for a possible confrontation with the defunct Soviet Union over Cuba in 1962, before the ice broke, if the idea of its right to a secured sphere of influence was not important? To be charitable though, an appreciation of this reality may well be one of the reasons President Biden has repeatedly announced that the United States is not interested in a war with Russia over Ukraine. It is a most reasonable position to take in the light of strategic realities, the acute political polarisation at home, and weariness attendant upon the ‘never ending’ Afghanistan war from which a smart Biden beat a controversial, but very well thought out, retreat late 2021.

President Putin may not be as diplomatically savvy as the Westerners with whom he is sparring, but he comes to this game with a very strategic mind, and a relatively closed political system. Even if he wants the entire Ukraine back, and I now think he does. This, not so much because of the ‘military operations,’ which got underway earlier today, but from the way he extensively laid out what amounts to Russia’s claim on Ukraine a few days ago. Even so, the Russian leader comes across as smart enough to approach his goal in bits – a little at a time, starting with Crimea in 2014. That’s why I do not think the immediate objective of Russia’s ongoing ‘special military operations’ in Ukraine could be to annex the latter. Rather, this looks more like an exercise that seeks to de-militarise Ukraine, as Putin has since announced; and almost certainly, to effect regime change in Kiev. These are limited objectives that are realizable in what I assume would be a blitzkrieg, delivered swiftly and clinically. But Putin most certainly would want to keep the Donbass region of Ukraine, as he did Crimea.

I had hoped that Ukraine would be smart enough to drop its much trumpeted desire for NATO membership. On February 19, 2022, I had tweeted my concern and hope thus: “The world can be spared the horrors of a new war, this time possibly pitching the US/NATO alliance against Russia, by the former simply committing to halting further eastern expansion of NATO. Nothing short of this would assuage the genuine fears of Moscow.”

Ukraine refrained from doing this, and still does. That refusal, for me, is like a standing invitation, an open sesame, as it were, for the Russian war machine to roll, if not in the immediate, certainly at some point in the future. Extant military operations undertaken by Russia are therefore hardly a surprise. For, the truth is, historically and strategically, Ukraine is too important to Russia for any Russian leader to allow it fall completely into the hands of the US and its NATO allies, which is what its membership of the alliance would epitomize.

For now, and in the foreseeable future, Western response to ongoing Russia invasion of Ukraine, worrisome as it is, may not go beyond a range of economic sanctions on Moscow. Nobody is quick to militarily take on the successors of a former superpower, and one with such a formidable arsenal of nuclear weapons that Moscow parades. Kiev failed to appreciate this, and seemed to wallow in the illusion that consequential help may come from its friends in the Western alliance.

Now, because Russian energy (gas) supply is so critical to much of Western Europe, especially Germany, it would not be too long before some form of rapprochement between Russia and the West is launched. As it was over Crimea, so it promises to be over Donbass after the initial high pitched diplomatic engagement; and indeed, ongoing military action. For obvious reasons, Germany should be pleased with any valve of escape from this unwanted crisis, given the promise of getting “Nord Stream 2” back on track, which is concomitant with possible ease of tension. For the US whose feet are already firmly planted in much of the western part of the defunct Soviet Union, and largely contiguous neighbours of today’s Russian Federation – through these countries’ membership of NATO – allowing Ukraine to be wouldn’t even amount to much of a loss of influence. Yet, it would have been enough to drive continental Europe away from the path of an unnecessary full scale war. Given the highly engaging diplomatic shuttle of President Macron for peace, this initiative would facilitate the consolidation of France’s emerging leadership of Europe in this post-Brexit era. This is to say that a Third World War is most unlikely from the current Great Power spat.

In all of these, Ukraine would seem to be the loser. It is not only now losing yet another chunk of its territory, the Donbass region, soon after Crimea, it is losing a good deal of its basic infrastructure and military installations. Perhaps more importantly, Kiev is now inexorably onto the path to “Finlandization” – virtual loss of freedom to conduct much of its affairs, especially in relation to foreign policy. It is obvious that Ukrainian President Zelensky’s very limited experience in statecraft (to all intents and purposes, a rookie) he being a professional comedian before his surprise election a couple of years ago, is what accounts for the perfunctory manner it has navigated in this whole crisis.

I had noted in an earlier tweet January 25, 2022, that the only enduring solution to the Ukrainian question, if you will, is akin to what saved the world from a nuclear confrontation over Cuba in 1962. I canvassed that Ukraine drop its desire for NATO membership, and the West commit to Kiev’s non-inclusion in the alliance, in exchange for Russian guarantee to not invade and annex Ukraine. It all seem too late now in the face of Russia’s invasion of the country. The advocacy was at variance with mainstream Western orientation on Ukraine; and not a few pundits were uncomfortable with the prescription. But it is the way of pragmatism; and I argue that even now, there does not seem to be a more rational alternative to securing Russian withdrawal from Ukraine.

Within the Realist paradigm in International Relations, there is no stronger determinant of foreign policy choices than the quantum of power a nation is capable of ramping up behind its national interest. This is what is being demonstrated in what, from the Western point of view, one can safely characterise as the Ukraine debacle.