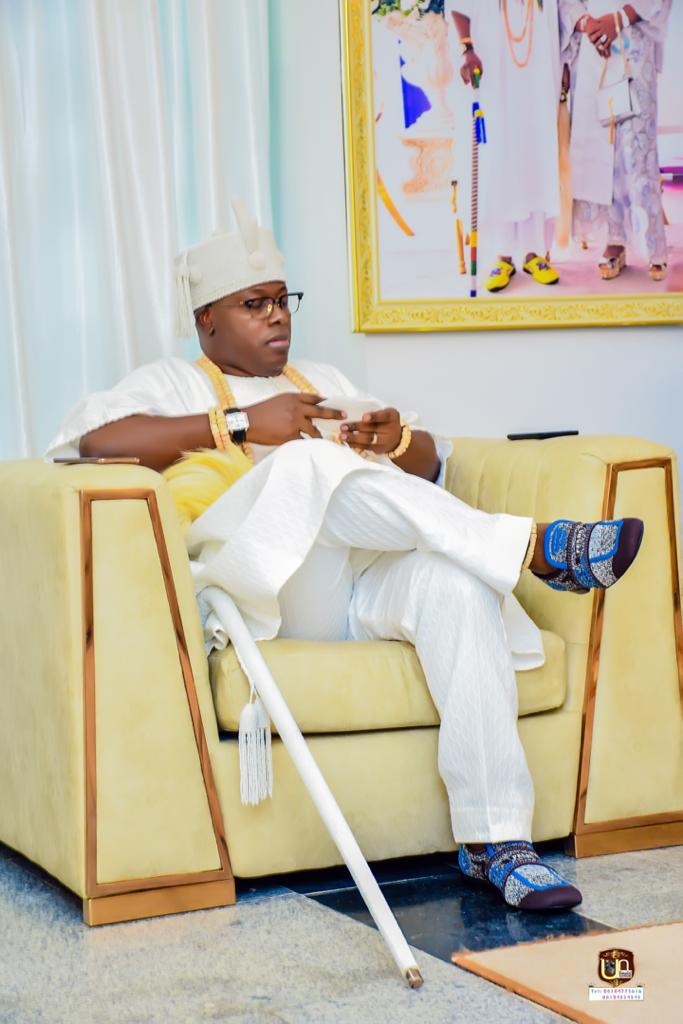 When a good king reigns, the people prosper. The prosperity of a kingdom should not be measured by how well off the household of the king is, but rather by the collective prosperity of the inhabitants of the kingdom, irrespective of whether they have a blood tie to the kingdom or not.

That is when a kingdom can be termed to have been prosperous.

Coming from a background that is rich, one as a decorated law enforcement officer, and also as a public administrator, the newly crowned Oniru of Iru Kingdom, Victoria Island, Lagos, Abdulwasiu Gbolahan Lawal has ascended the throne of his forebears, with one mandate he has been known for, even while as a prince of the land, to bring prosperity and growth to Iru land.

Little wonder when his name was announced as the new Oniru, shouts of ‘Iru gaan gaan’, meaning, ’this is the real Iru’ rented the air from all around the palace and within the kingdom.

A peace loving gentleman, Abdulwasiu was the Aide de Camp to Senator Bola Ahmed Tinubu throughout his tenure as the Executive Governor of Lagos State between 1999 and 2007, and carried out his assigned duty with admired candor and diligence.

In spite of how tempestuous the politics that characterized the period was, his name never came up in any negative report or controversy.

Upon retirement from the force after the completion of his service to the nation, rather than return home and make politics a career, which would have happened on a platter of gold, considering his royal background and political connections, the lover of cerebral debates and intellectual stimulations opted to go back to school to further deepen his intellectual wells.

He obtained an M.sc in Violence, Conflicts and Development, from the School of Oriental and African Studies, SOAS, University of London in 2008. Kabiyesi Abdulwasiu Gbolahan Lawal also did a program in International Housing Finance Program and Advanced Management Program, AMP at the prestigious Wharton School, University of Pennsylvania, United States in 2015.

These are strong testimonials to his quest for knowledge and personal development, which are his dream for the kingdom of Iru as its ruler.

To have served as a commissioner in the cabinet of Babatunde Raji Fashola SAN, who many consider as the actualizer of the dream of a modern Lagos, attests to the resourcefulness of Kabiyesi Gbolahan Lawal.

He would also serve in the cabinet of Fashola’s successor, Akinwunmi Ambode and lastly in the current cabinet of Babajide Sanwo-Olu before he was selected by the kingmakers of Iru kingdom to ascend the throne of his forebears.

With the ascension of Kabiyesi Abdulwasiu Omogbolahan Lawal to the royal Iru stool, the kingdom can only expect to benefit from his rich knowledge in public administration, industry,connections and international exposure.

He has already started out on a very commendable footing with the setting up of a team with the mandate ‘LET’S GROW IRU LAND TOGETHER’ an avenue to share ideas, suggestions and concerns of the residents and families of Iru kingdom because he believes together; they can make the kingdom one of the most sustainable cities to live in.

Related tags : Abdulwasiu Gbolahan Lawal Portrait of an Intellectual on the Throne