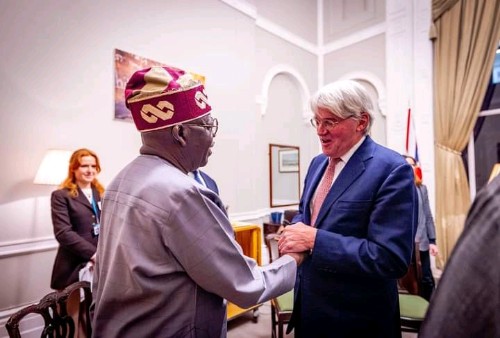 Bola Tinubu, the presidential candidate of the All Progressives Congress (APC), met with Andrew Mitchell, the UK minister for Africa, Foreign & Commonwealth Development Office, on Tuesday.

The private meeting was held a day after the APC standard bearer spoke at the Chatham House in London.

Nasir el-Rufai, Kaduna state governor; Femi Gbajabiamila, speaker of the house of representatives, and Kayode Fayemi, former governor of Ekiti state, were among those present at the meeting.

See the photos below; 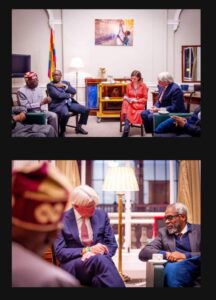