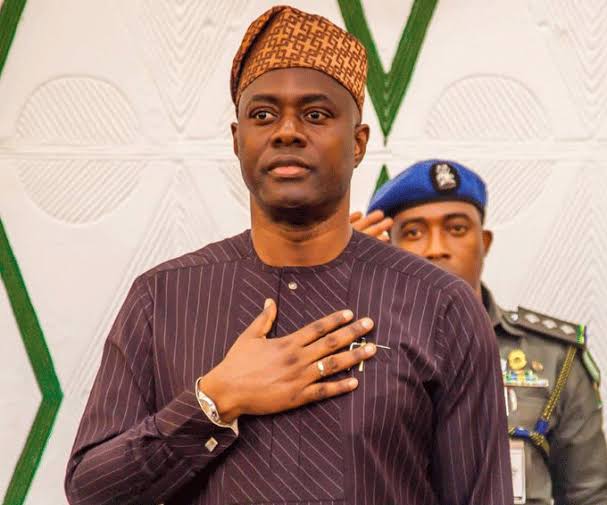 A former Governor of Oyo State, Hazeem Gbolarumi, former Majority Leader, House of Representatives, Mrs Mulikat Adeola-Akande and other aggrieved leaders of the Peoples Democratic Party in the state, on Monday, held a meeting and passed a vote of no confidence in the leadership of Governor Seyi Makinde.

The leaders who include a popular PDP leader in the state, Alhaji Adebisi Olopoeyan, Femi Babalola, Nureni Akanbi and others said this in a communique read by Michael Okunlade after the stakeholders/elders meeting held in Ibadan ahead of the congress of the party starting on September 25.

PDP leaders who spoke at the well-attended meeting which recorded participants from across the 33 local government areas of the state said the governors sidelined those that worked for his emergence and promised to work against him in 2023.

During the meeting, some of the PDP members also asked Makinde to leave the party.

The leaders urged members of the party to troop out for the congress and to shun violence, saying the crisis would be addressed in a way that would favour the aggrieved party faithful.

The communique read, “Members are urged to go to the congress venue on Saturday and conduct themselves in the most peaceful manner. The venue remains the wards meeting venues in each of the 351 wards in the state.

“If other members of the PDP turn up at the venue, they should jointly hold the congress together but nobody should engage in any form of hooliganism and brigandage. As members of the same party, we must relate as such.

“Members are assured that efforts are being made at the state and national levels to ensure that the ownership of PDP reverts back to members of the party.

“The meeting prays for peaceful conduct of the PDP congress which behind on Saturday, September 25 through October 16, 2021.

“The meeting rose with the passing of vote of no confidence in the leadership of Engr Seyi Makinde on the Oyo State PDP.”