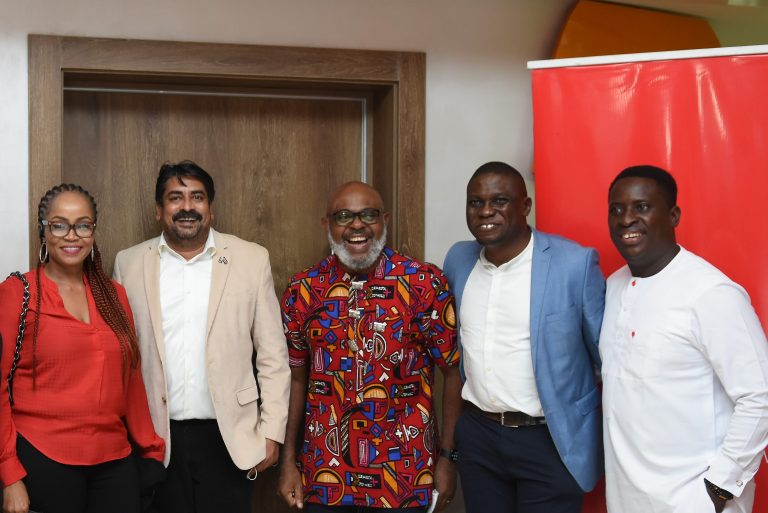 Leading telecommunications services provider, Airtel Nigeria, has unveiled a thrilling Television Commercial (TVC) dubbed ‘The Rainmaker’, which vividly depicts the frustration of having an unreliable network, whilst emphasizing the importance of superior mobile internet/data experience with an incredibly humorous story.

The two-minute TV commercial has sparked excitement among audiences, with many lauding the telco for the captivating storytelling narrative, a quality which it has come to be identified with over the years.

Starring veteran Nollywood actor, Jide Kosoko, the story is set in a village, where a King (Kosoko), was set to host a high profile and significant traditional ceremony but needed an accomplished and revered rainmaker to ensure that rainstorm did not mar the proceedings of the event, which was to hold in an open venue with no shelter.

Jude Chukwuka, popular actor who starred as the rainmaker in the commercial, tried to deliver on his mandate and was able to stop the rain, causing jubilation; however, this was short-lived as the rain began pouring again, causing the crowd to disperse as everyone ran for shelter.

In a subsequent scene, the King gave the rainmaker a second chance and asked him to perform his ritual to avert another downpour.

Eagerly and excitedly, the rainmaker swung his charm vigorously in a circular motion.

This however failed again, as it began raining almost immediately, leaving the King in a rage with guests and delegates in hot flight for shelter.

The scene cut to another ceremony, and this time, the King sternly warned the rainmaker beforehand not to fail.

Having failed yet again, with heavy lightning and thunderstorm striking, the King ordered him to be seized by guardsmen.

In the final act, the rainmaker is seen building a huge shelter as punishment for his incompetence, while the satisfied King smiled on.

Speaking during a recent media session to reveal the TVC to select journalists in Lagos, Emeka Oparah, Director: Corporate Communications & CSR, Airtel Nigeria, said, “At Airtel Nigeria, we are inspired by people and their stories and we love to tell compelling stories that connect with emotions and the heart. Airtel is also inspired by the beautiful Nigerian culture and we will continue to celebrate our different cultures just as we have done with the rainmaker TVC.

“However, the difference is that whatever story we tell at Airtel, we back it up with evidence. I will give just one example to illustrate this point. In 2018, we started rolling out 4G in Nigeria and today SpeedTest Intelligence, a global platform for measuring mobile Internet speed, has rated Airtel the best Mobile Internet Operation in Q1 2021 in Nigeria.”

Viewers can draw a parallel between the more practical and reliable shelter to Airtel’s superior data, which is not only dependable but enriches life by keeping people connected.

Explaining the rationale behind the TVC, Vice President, Corporate Brands and Advertising, Airtel Nigeria, Tokunbo Adodo stated that the commercial is hinged on Nigeria’s cultural diversity, with the aim to celebrate the country’s rich cultural heritage, whilst communicating the essence of staying connected as a people.

“Airtel is an incredibly consumer-centric brand and this commercial is about what drives our customers. The COVID-19 pandemic disrupted our lives as humans and essentially impacted our ability to connect with one another physically. However, the internet gave us an avenue to connect, which is why Airtel, more than ever is committed to making life easier for our consumers through innovation.

“This commercial also accentuates our drive to provide innovative products and services. We came up with an extremely bold statement saying data is life; hence our unconventional approaches when it comes to innovation. The services we offer our customers, as well as the stories we tell are all driven by innovation and all our offerings bear eloquent testimony to this,” he added.