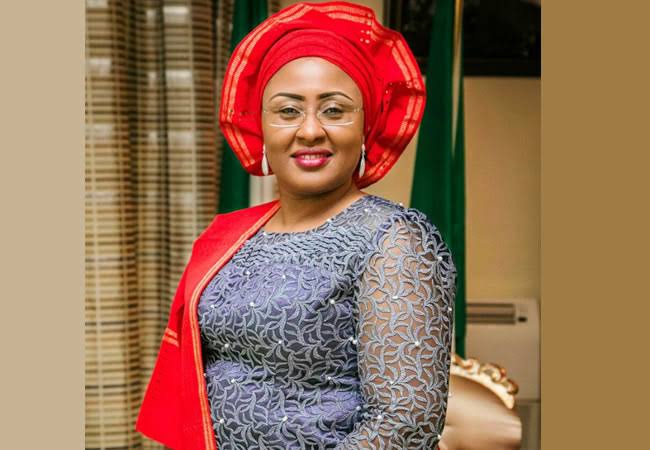 The First Lady has not returned to the country since September after the wedding of her daughter, Hanan.

Mrs. Buhari has spent three months in Dubai and not in a hurry to return, stating that the Presidential Villa was not secure for her family, according to SaharaReporters.

Mrs. Buhari’s concern is said to have been triggered by a shooting incident which occurred in June.

Recall that a crisis ensued at the Presidential Villa in June after her security details removed Buhari’s Personal Assistant, Sabiu ‘Tunde’ Yusuf over COVID-19 scares.

When contacted
to speak on the claims concerning the First Lady’s whereabouts, her Spokesman, Aliyu Abdullahi refused to either confirm or debunk the report.

However, he has refused to take his calls since then.