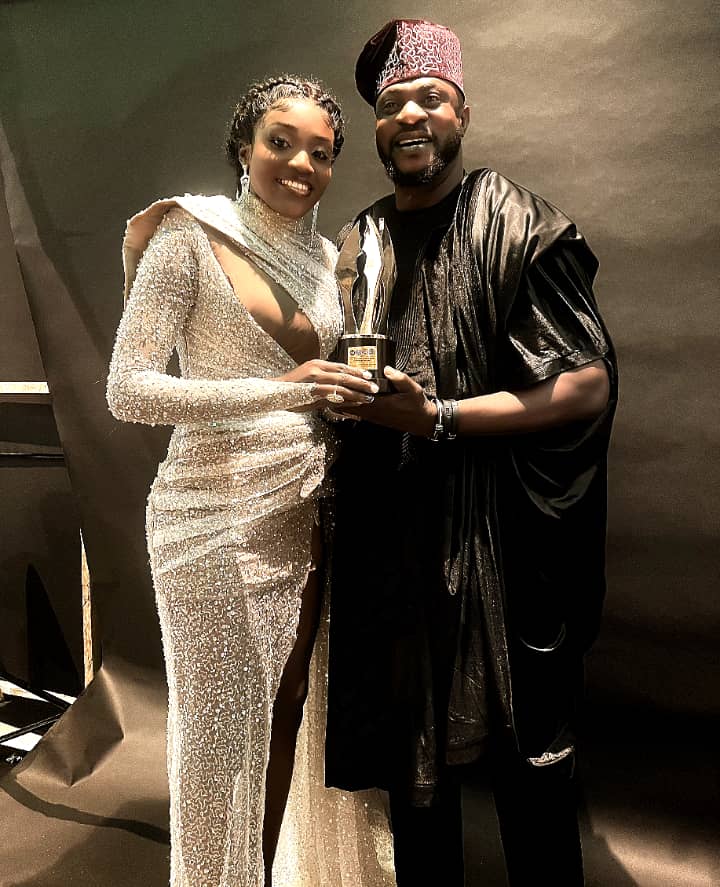 In December 2021, the extremely talented producer in her late twenties, who is also said to be currently the highest paid actress in the Yoruba movie industry released the movie ‘Jankariwo’ where she played five different roles to break a new record in Nollywood.

A lot of Nigerians were talking about the flick which started with a part and ended having three parts.

It was a general assumption that the versatile actress broke a record by being the first actress to play 4 roles consistently in a full length movie.

Not until veiwers saw the end part of the movie to realized that the highly talented diva actually played 5 different characters in the movie.

First was ABIKE who speaks Ekiti Language. Second, NANCY, who speaks foreign language with Indian accents. Third was IYUN, Speaking Oyo language, before IGBOBILIKI, who flows with street’s contemporary Yoruba, and the last, was the surprising character at the end, who is an Hausa lady.

Oluwasina Didn’t Just beat her own records again by acting 5 roles in a movie, but she broke another record in Nollwood as the first full length movie to hit millions of views within the space of days after it was released online.

However, the blockbuster got two nominations as the Best indigenous movie Yoruba and best supporting actor at AMVCA which they both won.

Some minutes ago,JANKARIWO won the Best Indigenous Movie Yoruba while Odunlade Adekola went home with the best supporting Actor for his role in the movie movie.

Speaking with the producer, Bukunmi Oluwasina at the event, the easy going Nigerian entertainer said, “It is no longer news that Jankariwo broke the record of the first feature-length film to hit millions of views within hours of being released on youtube. I am so excited for this win because Because the whole of African reckons with the name now than before. I want to use this opportunity to also appreciate all my cast, crew and fans for making Jankariwo a reality and award winning flick. Let me also show my excitement for having my big brother,Odunlade Adekola in the project and tonight, he made me proud by winning Best Supporting Açtor in Jankariwo. My fans should just watch out. Because I have alot coming out from my stable soonest”, she said

Meanwhile, Odunlade Adekola in his speech said, I give the glory to almighty God for the Award and I will like to appreciate Bukunmi Oluwasina, Who is the producer of the amazing movie. Thanks all our fans who casted their votes for us”.

For your information, Bukunmi Oluwasina, happened to be the only Nigerian actor who never had the popular “upcoming experience” like others before she became a star.

As an undergraduate of the Theater Arts at the Obafemi Awolowo University, Ile Ife, Osun State, the Ekiti State born thespian played a lead role in her debut movie titled “Ayo Mi” which shot her to limelight.

Since then, she has been able to maintain that standard and remain at the top as the number one Yoruba actress dominating the industry.