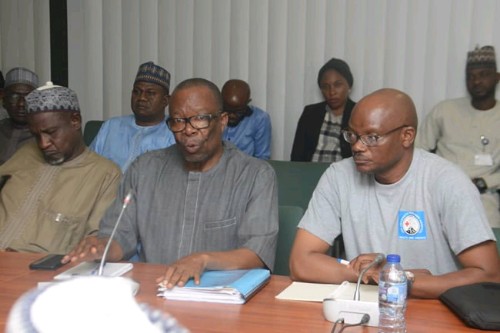 The Academic Staff Union of Universities on Monday warned Nigerians that if the Federal Government kept withholding their pay, a new crisis in the country’s universities would transcend break out.

It urged interested parties and well-meaning Nigerians to pressure the Federal Government into paying its members’ withheld eight-month salaries across the nation.

The University of Ilorin, ASUU Chairman, Prof. Moyosore Ajao, raised the alarm at a special congress of the local branch held at the university’s main auditorium on Monday.

Ajao’s speech was read by the Secretary of the union, Dr AbdulGaniyu Olatunji.

The university lecturers had staged a solidarity rally within the university’s campus before returning to the auditorium, where they addressed newsmen on ‘Casualisation of Intellectual Workers in Nigeria: Prelude to Our Response.’

Ajao said, “Members of the public are hereby sensitised and put on notice again that a fresh crisis, which will surpass all previous ones, is looming again in Nigerian universities as our members cannot and will not continue to do free work that will not be remunerated. We hope that with this notice, all relevant stakeholders, who have the ear of the government, will act fast before the fragile peace restored on our campuses nationwide collapses.

“Our union and its members should not be held responsible for the consequences that its actions, in response to the crude wickedness of the Nigerian state, would have on all stakeholders.”

Also, members of the union at the University of Ibadan, Oyo State, protested against what they described as the victimization of lecturers by the Federal Government and its agents.

Speaking with journalists on Monday during a protest, the Chairman, ASUU-UI, Ayoola Akinwole, expressed dismay that since December 23, 2020, the agreement between the union and the Federal Government had not been honoured.

Akinwole maintained that the government, rather than swinging into action to resolve the issues, embarked on playing politics with the lives of Nigerians and moved to stop the payment of ASUU members’ salaries for seven months, leading to starvation and death of some members of the union.

“The only explanation for this is that the government is hell-bent on destroying ASUU in order to have the freedom to destroy public universities.

“As a union of intellectuals, it is our historical responsibility to protect public universities from collapse and fight for the interest of our members as well as the interests of the Nigerian students. All these considerations necessitate today’s protest,” he added.