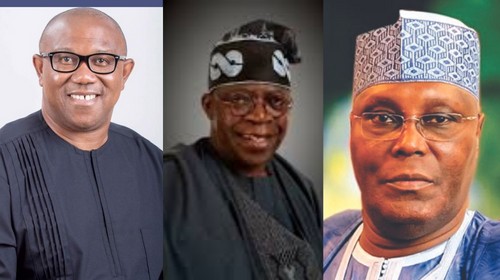 A former aide to former president Goodluck Jonathan, Reno Omokri, has said that the presidential candidate of the Peoples Democratic Party, Atiku Abubakar, is clean in terms of corruption unlike his other counterparts running for the 2023 presidential election.

Amazon To Lay Off About 10,000 Of Its Workforce, Largest In Company’s History

The former aide made the comments following fresh court documents making rounds on social media that purportedly charged Tinubu of dealing with a drug cartel in Illinois, United States.

Omokri further stated that the LP candidate, Obi, had been dented with corruption in the Pandora Papers.

He Tweeted “Atiku Abubakar is Nigeria’s most investigated politician in Nigeria, yet he has never been found wanting. He is not the subject of a criminal forfeiture of drug money, like Tinubu, or mentioned in the Pandora Papers for corruption, like Peter Obi.’’

Tinubu was recently hit with political backlash from the opposition with regards to the forfeiture of $460,000 by an Illinois court in the US.

However, spokesperson of the APC presidential campaign council, Festus Keyamo, had in defense of the party’s presidential candidate said that the money connected to Tinubu was tax deduction and not proceeds of drugs.