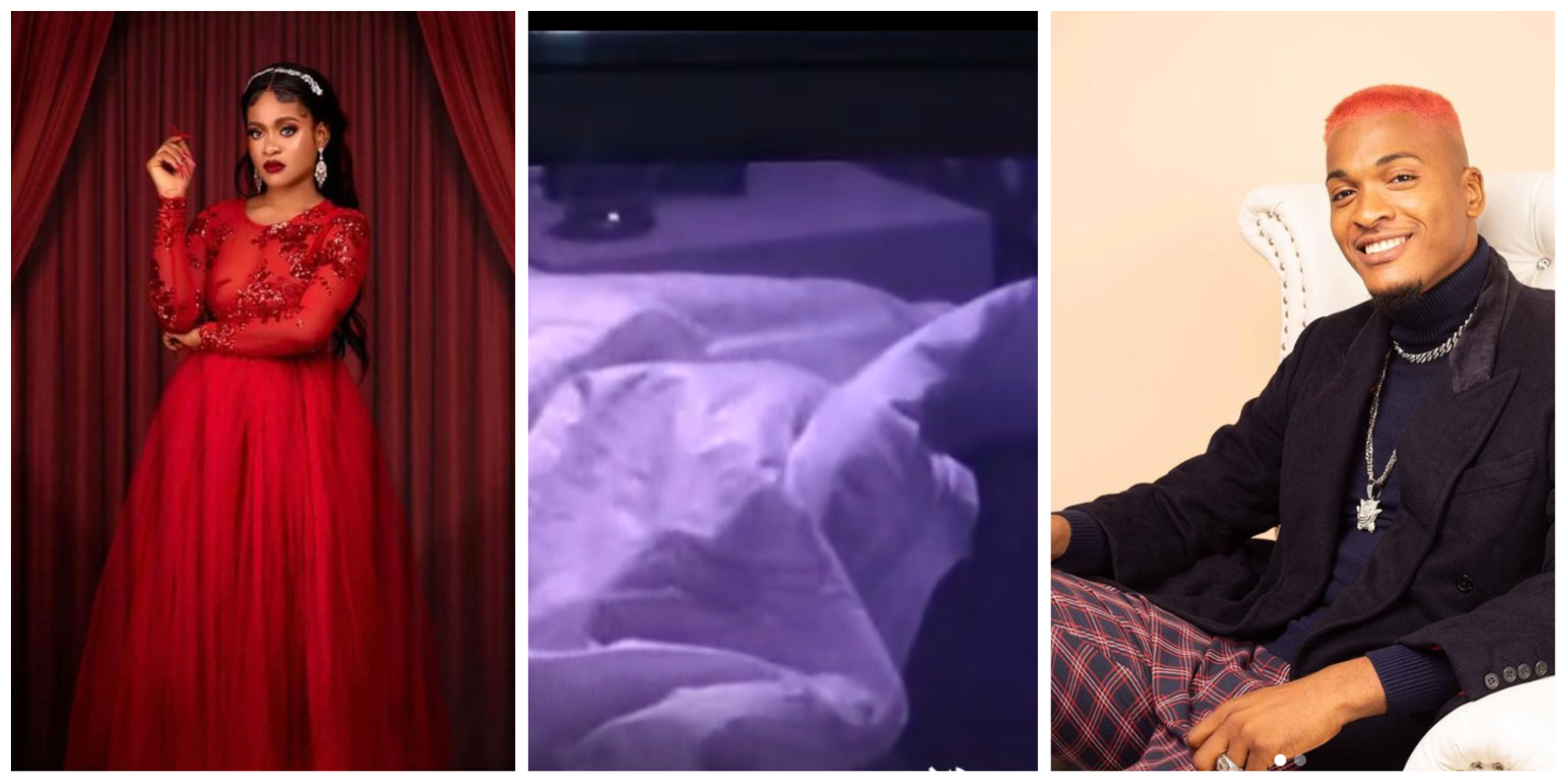 Big Brother Naija Season 7 housemates, Phyna and Groovy were on Friday night, caught making some sexual movements in bed.
Applesbite reports that this comes barely a week after the disqualification of Beauty, who was romantically linked to Groovy.

The ‘Level Up’ Housemates were caught cuddling aggressively and making body movements under the duvet after lights out.

Recall that Beauty, who was in a relationship with Groovy, got a double strike after she threw her wig and glasses at Groovy.

I Regret My Action
Meanwhile, Beauty Tukura has expressed regrets over her recent outburst and body-shaming of her lover, Groovy.

Beauty while ending her relationship with Groovy for dancing with Chomzy mocked him for having small manhood.

The reality TV star angry said: “Tell that bastard with his small p3nis that if he calls my name, me and him will have a problem.”

Speaking during her BBNaija ‘unlocked’ interview, Beauty said she regrets her actions, stressing that the statement was made out of anger.

The former Miss Nigeria added that she apologised to Groovy on Sunday but she wished they had cleared the issue.

She said: “To be honest I would apologize for that. I will regret that I said that, it was said out of anger.

“I regret that I said that out of anger. I already apologized to him on Sunday but I wish we cleared the issue.”