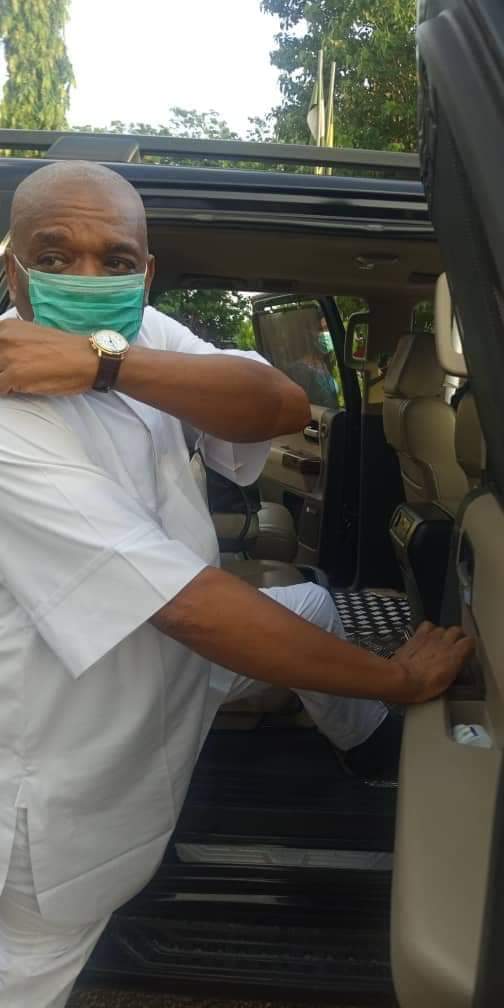 Orji Kalu was sentenced by a Federal High Court sitting in Lagos, to serve 12 years in prison for N7.2billion fraud belonging to Abia.

It would be recalled that a Federal High Court in Lagos, on Tuesday, granted a motion by a former Governor of Abia, Orji Uzor Kalu, seeking his release from the Kuje Prison custody.

Justice Mohammed Liman before who the applicant’s motion was pending, granted the prayer of the applicant, and ordered the release of Kalu, from prison.

The verdict was handed down by Justice Mohammed Idris on Dec. 5, 2019, while his co-defendant, Jonnes Udeogo had bagged a 10 years jail term.

Justice Idris who delivered the verdict, had been ceased of the case from the time of Kalu’s arraignment, but he was subsequently elevated to the court of appeal.

However, following a fiat authorising him to continue with the case, Idris conducted and concluded the trial of Kalu and his co-accused.

He, had consequently, delivered his verdict on Dec. 5, 2019 handing down a jail term of 12 years and 10 years, on Kalu and Udeogo respectively.

Following an appeal by Udeogo, the Supreme Court had on May 8, held that the fiat issued to Justice Idris to conclude the trial of the defendants after he had been elevated to the Court of Appeal was “a nullity”.

The apex Court had set aside Idris’ verdict “as it relates to the appellant (Udeogu)”, and had ordered Udeogu’s freedom and the re-trial of his case

In reaction to the decision of the apex court, Kalu consequently, hired a 12 man team of lawyers, including six Senior Advocates of Nigeria, SAN, to prosecute his freedom bid.

In his motion, Kalu contended that no legal basis existed for his continued incarceration following the Supreme Court’s judgment which declared his trial a nullity and freed Udeogu

He had filed the motion on May 12 asking the court to nullify his conviction, while the court reserved the case for June 2.

In his ruling, on Tuesday, Justice Liman held that the motion was meritorious and that he was bound by the judgment of the Supreme Court.