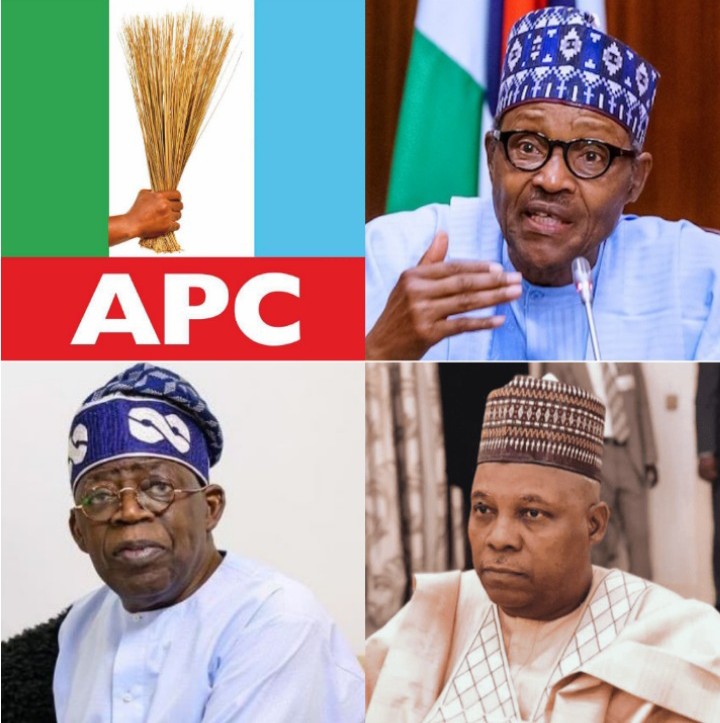 The All Progressives Congress (APC) has appointed President Muhammadu Buhari as the Chairman of the party’s Presidential Campaign Council.
Applesbite learnt that the decision was reached during the meeting between the presidential candidate of the party, Bola Tinubu and APC Governors.

Political campaigns are expected to kick-off in September ahead of the 2023 elections.

The organogram of the campaign structure sighted showed that the Governor of Plateau State Governor, Simon Lalong remains the Director-General of the Presidential Campaign.

Lalong, however, would be reporting to President Buhari who has been given the power to take the final decision on operations and funding of the campaign.

Tinubu would deputize President Buhari in the council, while the National Chairman of the party, Abdullahi Adamu would be the Deputy Chairman (2).

The Chairman of Progressive Governors Forum and Governor of Kebbi State, Atiku Bagudu and former Minister of Niger Delta, Godswill Akpabio were appointed as Vice Chairmen.

Others appointed as Vice Chairmen are: APC Vice Presidential Candidate, Kashim Shettima and the only female presidential aspirant in the party, Uju Kennedy.

A former National Chairman of the party, Adams Oshiomole was appointed as the Deputy Director-General, Operations.