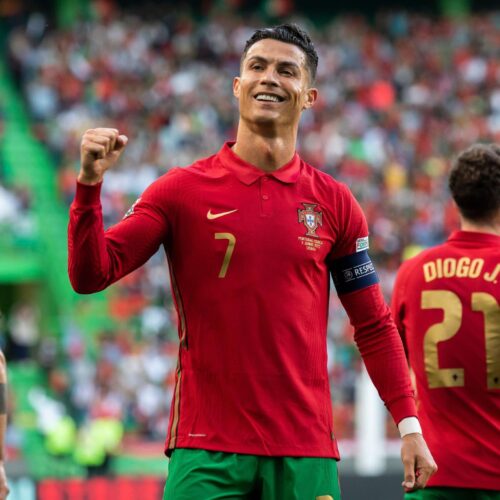 Cristiano Ronaldo has reportedly agreed on a bumper £172.9million-a-year contract with Al Nassr in Saudi Arabia.

This is coming after the 37-year-old had his Manchester United contract terminated following a tumultuous relationship with the club over controversial statements in a TV interview with Piers Morgan.

The Polytechnic, Ibadan Bans Hugging, Indecent Dressing, Others On Campus

Now, Ronaldo is said to have sensationally agreed to a two-and-a-half year deal with Al Nassr – worth an eye-watering £172.9million per year that will see him play until the age of 40, according to Spanish newspaper outlet Marca.

The former Real Madrid star rejected a switch to Saudi last summer, but without any firm interest from Europe’s elite clubs, he looks set to now make the move.

Al-Nassr are one of the most successful clubs in Saudi Arabia, having been crowned winners of the country’s top flight nine times, with their most recent triumph coming in 2019. They are currently managed by Frenchman Rudi Garcia, who has previously coached Roma, Marseille, and Lyon.

The Saudi giants also have a few big-name stars including goalkeeper David Ospina, Brazilian midfielder Luiz Gustavo, and Cameroon striker Vincent Aboubakar – who scored a contender for goal of the tournament at the Qatar World Cup earlier this week.