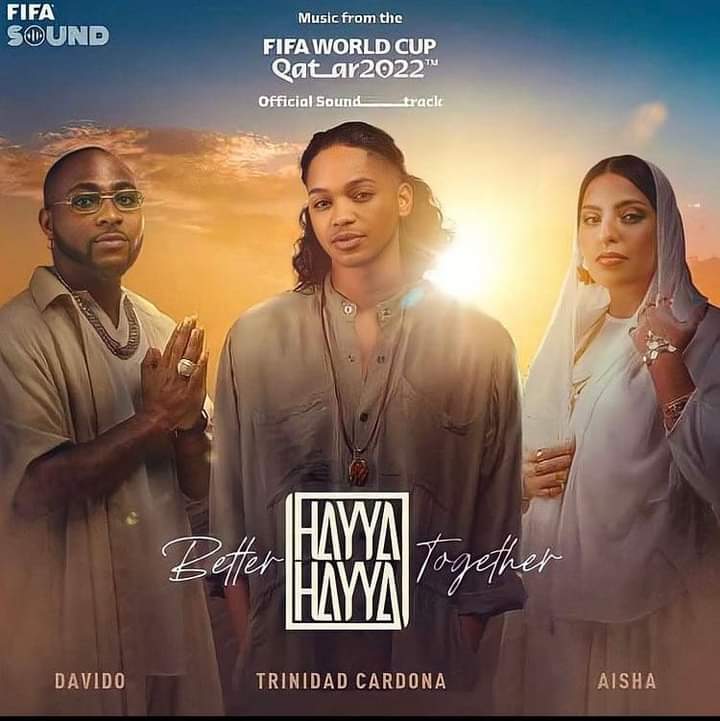 American born Nigerian music artiste David Adeleke aka DAVIDO has been selected among others to feature in the theme song of the FIFA 2022 World event coming up in in Qatar later in the year.
Davido Makes History As The First Nigerian To Feature On a World Cup Official Soundtrack.

The single will be performed live for the first time today at the draw ceremony, the official ceremony where teams are grouped.

This is so huge for Davido, Congratulations!

Davido wrote that he is honored to be a part of the official FIFA 2022 Soundtrack, and that it is a great win for Nigeria, despite the fact that they did not qualify for the World Cup, and it is also a big win for Africa.

Even though there is a lot going on in Nigeria and losing to the Black Stars of Ghana was a major blow to them, they can at least rejoice with Davido for being featured in the Soundtrack of FIFA 2022