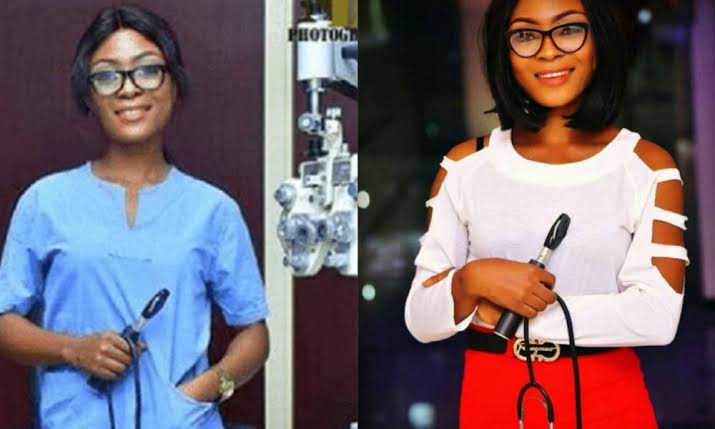 Barely two days after completing her National Youth Service Corps, NYSC, program, a medical doctor, Urenna Iroegbu, has died after a commercial vehicle which she was in drove against traffic, causing an accident along Onne Road, Port Harcourt.

On Saturday, July 18, she boarded a Toyota Sienna commercial vehicle to Akwa Ibom State but never made it home.

The vehicle she was in was said to have driven against traffic shortly after a heavy rain around 4pm.

A lorry, which had the right of way, was said to have rammed into the vehicle which Iroegbu was in.

Friends of the deceased have taken to social media to mourn the medical doctor.

A friend, Martha Udoka, who posted photographs of the deceased on Facebook, expressed sadness over the incident.

Udoka wrote, “Urenna Samuel Iroegbu you’ve shattered our hearts. Just two days after your NYSC POP (Passing Out Parade) and you are no more, how? This wasn’t part of the plans we had. No! We had greater plans. Now you’ve left your family and us, your friends.”

Nosiri Bobby, another friend of the deceased, changed his profile picture on Facebook in her honour.

The worst shock in my life. I have lost a lot of people while growing up but this one made me mad…..UREM I will always miss you,” he wrote.

Another friend of the deceased, Ihuoma Zingo, said on Twitter that it was sad that the deceased didn’t get to live her dream.

“What a wicked world! A beautiful soul gone so soon. God please wake her up. Still can’t believe the news. Waiting to hear it’ s a joke. My heart is broken, loudly crying… Eight years of struggling to become somebody and just when you have finally achieved it after passing out from NYSC on Thursday, the devil struck.”