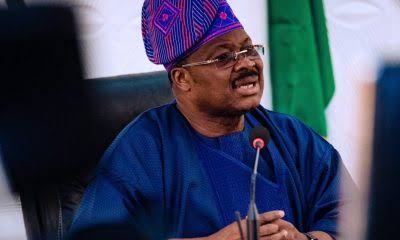 Hon. Eta directed the committees to ensure the success of whoever emerges the party’s flag bearer for the Edo State governorship election.

Share this post
Related tags : Edo APC: Ajimobi Inaugurates Election And Appeal Committees Ahead of Party Primary in the State