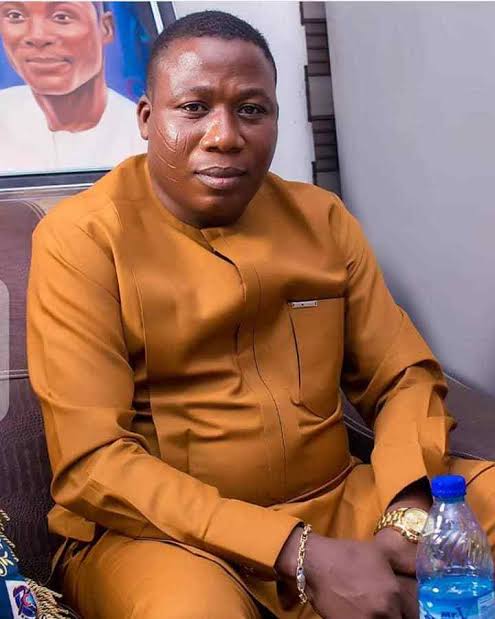 Sunday Igboho, acclaimed south west activist has refuted claims made by Senator Babafemi Ojodu in a now viral article, where the latter narrated how Bola Tinubu, a national leader of the All Progressives Congress (APC), held a secret meeting with Igboho in 2009.

In an interview monitored by Apples Bite Magazine, Ighoho while reacting to the question called Ojodu a lair, that no such meeting ever happened.

According to him, greedy politicians are only trying to leverage the already heated situation to fulfil their inaudinate ambition.

“You can go and ask Tinubu if he ever met me. Throughout my political life till date, I have only been loyal to Late Chief Lamidi Adedibu and Rashid ladoja.

“The lies are already in the Ojodu’s statement. He said we met in 2009, and I told him I was sent by Adedibu to destablise Ekiti election, meanwhile Adedibu died in 2008. You see that.

“If Ojodu is convinced about his claims, let him swear by his child that we ever met.”

Reacting to the news of his property that was razed by fire in reprisal attack to his altercation with the Fulani Community in Ibarapa, Igboho laughed it off and called the arsonists cowards, he said if they were confident enough, they should have made the attack during the day, and should have come to the house where he lives. He said although he has relatives on the attacked property, but there was no casualty.