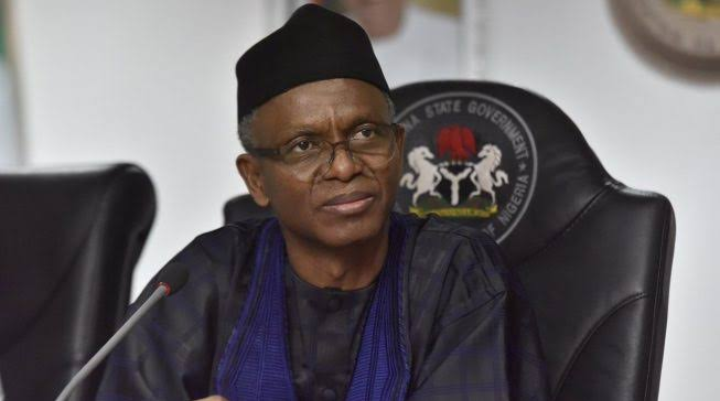 According to Governor Nasir Ahmad El-Rufa’i, a family of 10 members have tested positive for COVID-19 in Kaduna state.

This disclosure was made, when the Nigerian Centre for Disease Control (NCDC) Thursday, May 21 night announced 18 new COVID-19 cases in the state.

El-Rufa’i disclosed this on Friday via his verified Twitter handle, saying that, the new cases were recorded in four local government areas of Kaduna North, Zaria, Chikun and Sabon-Gari.

El-Rufa’i further disclosed that, 14 of the new cases are from Kaduna North, two from Zaria and one each from Chikun and Sabon-Gari.

He however appealed to Kaduna State citizens to adhere strictly to safety measures put in place to check the spread of the virus in the state.

The State Government had risen from its special meeting with Islamic scholars in the State to declare that, there will not be Eid-el-Fitr congregational prayers in Kaduna, as part of measures to avert community transmission of the virus in the State.

“18 new cases were recorded today, 10 of whom are members of one family.

“14 of the new cases are from Kaduna North, two from Zaria and one each from Chikun and Sabon-Gari LGAs.

“Residents are advised to adhere to safety measures.”