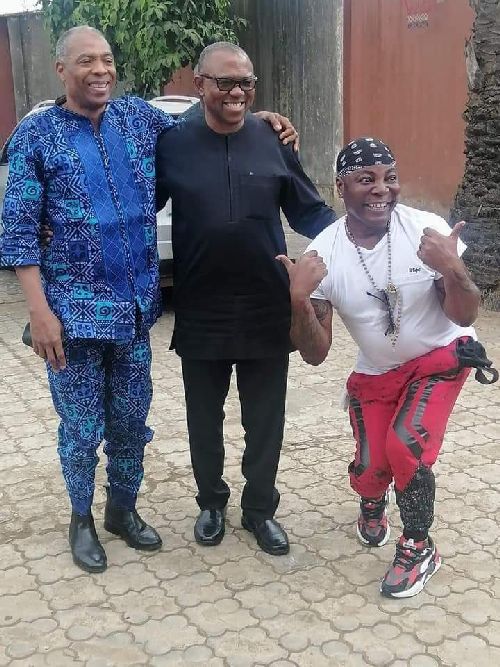 The presidential candidate of the Labor Party (LP), Peter Obi, has paid a surprise visit to Afrobeats musician, Femi Kuti, days after disclosing that he has no interest in joining the ‘Obidient movement’.
Applesbite recalls that Kuti while speaking during a performance at the Fela Shrine expressed disdain for Obi’s supporters, insisting they are a group of slavish characters who, like zombies, are incapable of thinking for themselves and making their own decision.

The ‘Obidient movement’ is a group made up of Nigerians who have pledged their allegiance to Peter Obi.

According to Kuti, he is too angry and depressed over the situation of the country to be ‘Obidient’.

Femi said: “You know what obedience means? Stand up, sit down, sit there — zombie “How can you be Obidient in this chaos? I am not Obidient. Tell me, at 60, why am I Obidient? You said I should be Obidient, sit down, be peaceful,” he said. “Are you all okay in this country?

He, however, made a video clarifying his statement after it sparked outrage amongst Nigerian youths on social media.

Shortly after the controversy, the LP presidential candidate visited the iconic singer at the Afrika shrine in Lagos.

Although the details of the meeting were not revealed, however, it may be connected to seeking support from the musician as regards the presidential election.

See some of the photos from the meeting below;