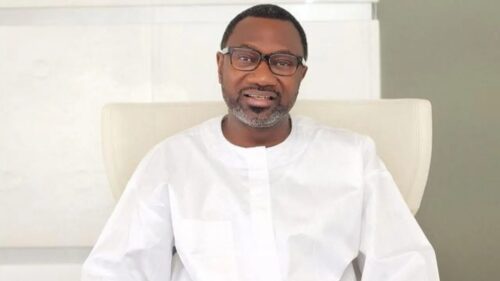 Billionaire businessman, Femi Otedola, has spent about €3 million, which is over N2.2 billion, to rent Aristotle Onassis Christina O super luxury yacht ahead of his 60th birthday.

The fact was unearthed just days before the billionaire businessman’s birthday on November 4.

The Chairman of Geregu rented the super yacht belonging to one of his childhood idols and late Greek shipping magnate, Aristotle Onassis, who was once regarded as the wealthiest man in the world.

Otedola rented the yacht to celebrate his 60th birthday with his family and friends.

The yacht will sail for three weeks around the Mediterranean Sea with 37 crew members on board.

Otedola was filmed entering the yacht with his family and son-in-law-to-be, singer Mr. Eazi on Wednesday afternoon.