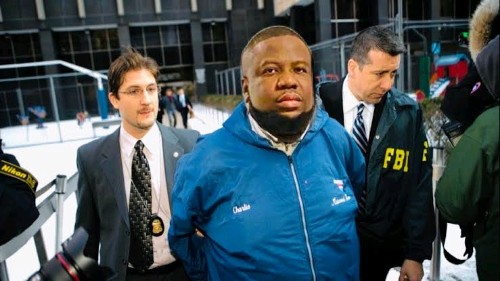 Hushpuppi has finally been sentenced to 11 years and three months imprisonment in the United States for money laundering.

The verdict was handed down during a court sitting in the central district of California on Monday (local time).

Otis Wright II, the judge, found Hushpuppi guilty of the allegations including laundering proceeds of a school financing scam, business email compromise, and other fraudulent cyber schemes leveled against him.

The US justice department said Hushpuppi admitted to several other cyber and business email compromise schemes that cumulatively caused more than $24 million in losses.

The socialite was sentenced to jail for more than 11 years in the United States for his role in an international fraud syndicate.

“[He] targeted both American and international victims, becoming one of the most prolific money launderers in the world,” said Don Alway, the assistant director at the FBI’s LA field office, in a statement after the court sitting.

“Abbas leveraged his social media platforms to gain notoriety and to brag about the immense wealth he acquired by conducting business email compromise scams, online bank heists, and other cyber-enabled fraud.

“[All these] financially ruined scores of victims and provided assistance to the North Korean regime. This significant sentence is the result of years’ worth of collaboration among law enforcement in multiple countries.

“[It] should send a clear warning to international fraudsters that the FBI will seek justice for victims, regardless of whether criminals operate within or outside United States borders.”

Hushpuppi was said to have apologised for his crimes to Otis D Wright in a handwritten note, saying he would use his personal funds to pay back his victims.

Elesin Oba”: The rebirth of an era.

It is understood that the fraudster, real name Ramon Abbas, will serve his sentence of 135 months in federal prison.

Hushpuppi was arrested in the United Arab Emirates back in June 2020 alongside 11 of his associates over allegations bordering on hacking, impersonation, scamming, banking fraud, and identity theft.

He admitted to attempting to steal over $1.1 million from an individual who sought to fund a children’s school in Qatar.

Hushpuppi, according to a statement on the US justice department’s website, tricked his victim into providing funds for the school by playing the roles of bank officials and creating a bogus website.

The Nigerian was earlier expected to be sentenced on February 14 but the court adjourned the case to July 11.

The court session was again shifted to September 11 before it was further adjourned to November.