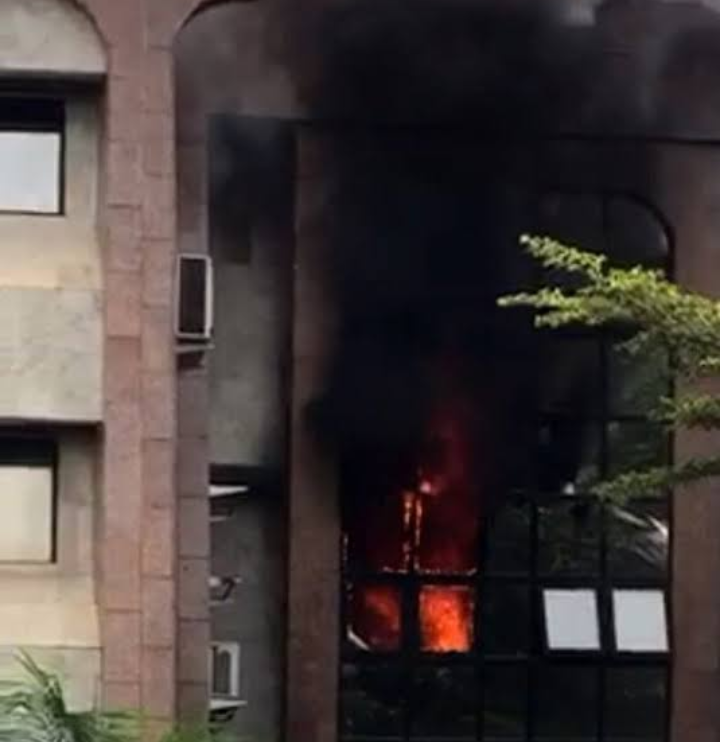 Parts of Nigerian Postal Service, NIPOST, headquarters in Abuja was on Wednesday, May 20 gutted by inferno.

The incident at NIPOST attracted a large crowd at the busy Garki 2 in the Nigerian capital. Eye witnesses who volunteered information on condition of anonymity, told reporters that the fire at NIPOST started at about 8:40 a.m.

This is the fifth fire incident in six months at strategic Federal Government offices.

It would be recalled that, on April 17, a part of the Independent National Electoral Commission (INEC) went up in flames.

Nine days earlier, some offices at the Accountant General’s office was burnt.

Just two days before, there was a similar outbreak at the Corporate Affairs Commission (CAC).

But the government has failed to probe the causes.